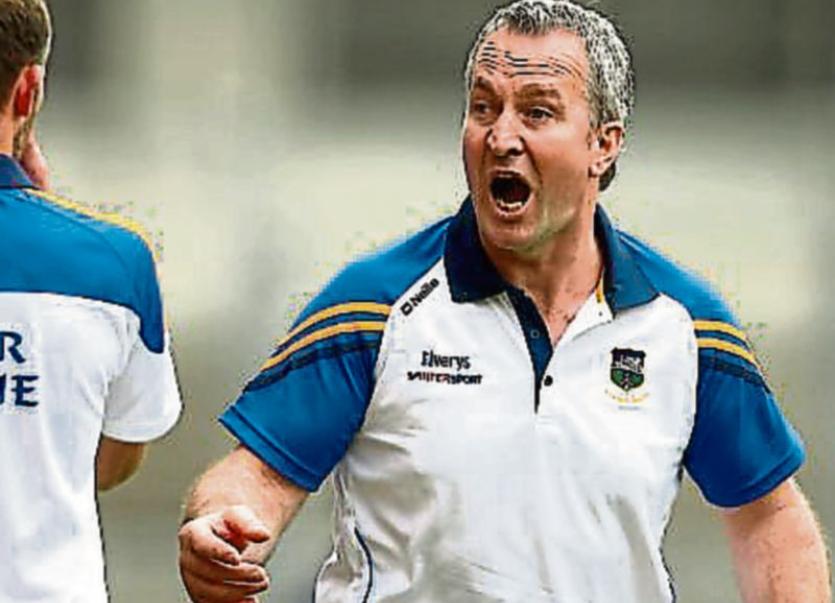 It should probably come as no surprise to anyone that Tipperary senior hurling Manager Michael Ryan confides in Eamon O'Shea, Liam Sheedy, Declan Ryan, Bobby Ryan and Paidi O'Neill.

It's not just that he likes to chat with these men who have been central to Tipperary hurling over the last few decades - it's that he likes to bounce ideas off of them, guage their reaction, and then make his own mind up about whatever issue they have discussed.

Michael knows his trusted confidantes and it's very advantageous to have the perspective of men outside of the immediate management team of Conor Stakelum, Declan Fanning and John Madden. Naturally enough this triumvirate are privy to his innermost thoughts, and he theirs, but sometimes an 'external' view can be vital.

"I am good friends with the lads, the likes of Liam and Paidi and Eamon. They are great Tipp men and they give absolute support all the time. I would bounce ideas off of them and I would have the same kind of relationship with Declan Ryan - I played with him for many years. I have a lot of confidantes - Bobby Ryan would be another that I have great time for and respect his view on things," Michael told The Tipperary Star in advance of Sunday's All-Ireland Final.

It's interesting to note that Michael has been involved in three different management set-up's now having worked under the Liam Sheedy and Eamon O'Shea regimes. And, Tipperary played very different styles of hurling in those eras - perhaps it is in order to suggest then that what we are seeing now from Tipperary is a happy medium between the massively high intensity game which Liam promoted, and the fast, ball-to-hand, fliud type of game for which Eamon was renowned.

"I wouldn't pick one or the other styles really. I think what you saw back in 2010 was a really good mix of high intensity with the work of Eamon O'Shea as Coach, and with a very talented bunch of players who had the freedom to express themselves. That's what we want to recapture and we are still striving to get the balance right. When we did get it right, it was perfect, but it was never a given for us, and we could never say that it was a given," Michael said.

One feels that it will have to be a given on Sunday if Tipperary are to come home with the Liam McCarthy Cup though. The challenge which Kilkenny poses is massive and coming off the back of their two huge games against Waterford in the semi-final, they will be full of confidence. Tipperary know what they must do and they know that what they did in their own semi-final win over Galway will not be enough right?

"I have zero doubt that our players know what level will be required on Sunday - zero doubt. And, they must sustain that level. It cannot be born out of the past losses to Kilkenny - these guys want to do it for themselves. We need to be concentrating on the here and now and go and do it for ourselves.

"I have little doubt but that it will be a great spectacle because when Kilkenny and Tipperary meet , you generally get the great attributes of hurling packed into those 72 or 73 minutes. Kilkenny are past masters at this - the variable is the rest of us who are trying to break through those glass ceilings," Michael says.

The past masters certainly have the indian sign over Tipperary. Apart from the championship victories from 2009 to 2014, with the exception of the 2010 All-Ireland Final, Kilkenny have been very dominant in league exchanges as well. Try as they have done, Tipperary have failed, sometimes spectacularly, sometimes narrowly, all the time painfully, to lower the black and amber colours, despite being perceived as the better team on many of those occasions. So why is that?

"They have trumped us on each one of thsoe days in terms of intensity. They have set the bar that we have to reach and it is our aim to break even in that sense and take it from there. Intensity and the ability to be absolutely relentless, is a great leveller here," the Upperchurch Drombane man says.

Having returned Tipperary to the All-Ireland Final - their sixth final appearance since 2009 with Michael having been involved in five of those - the manager knows that he is on borrowed time. It might seem like a strange statement to make, but he articulates his feeling very well in explaining his reasoning and he doesn't hold back on sharing his thoughts.

"It was a new departure for Tipperary when I was named as Manager a year ahead of the departure of Eamon O'Shea. We had a belief that we had embarked upon a course which we felt was a learning curve with the bunch of players we had. We had a new management team practically every two years during my time hurling with Tipp and it is not conducive to bringing a team along. The model we all aspire to is Kilkenny and what Brian Cody has achieved. I'm not entitled to much grace here because I have been here for quite a while now between all the set-up's. I am seven years involved now and I cannot really afford to get it wrong," he says.

Involved for seven years? Yes. But, this is his first year as Manager and his first chance to put a real stamp on the side. Still, Michael feels that he had a real input and describes having a sense of 'shared responsibility' in the management team, even if others were in the frontline at different times.

"I always felt a shared sense of responsibility with Liam and Eamon - OK they were the front men and were very strong characters, but behind them we all supported them very well and did our best to make sure that we did our bit. The whole media thing was no surprise to me because I had seen it all before and was well used to how it operates. But, I suppose this is a bit different for me now in that, as Manager, the buck stops with me because it is I make the decisions now.

“You try to tick all the boxes and make sure that you have everything done. In terms of the game, which is the important thing in all of this remember, we have work to do, but it is great to be there and to be in a position to do it," Michael says.

So, as Tipp prepare themselves to board the bus, is there any more that could be done in terms of preparation?

"The lads have given it total effort. Absolute effort. I am constantly gobsmacked by what they can achieve with so little time on the ball and in so little space - take Bubbles goal against Galway for example. I struggle to keep up with it all in terms of what lads are doing to be ready for the games and I really wonder where our games are going," he says.