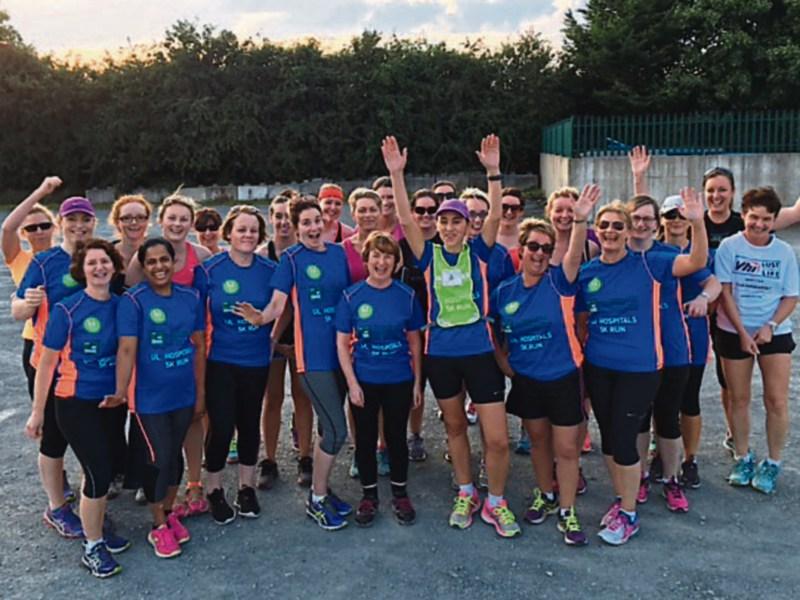 Staff at Nenagh Hospital have put their best foot forward to highlight healthy lifestyles and raise money for charity.

The staff, some of whom had never run in an organsied event beforehand, clocked up 5k and helped Pieta House, the suicide prevention and counselling group.

The group took part in an eight-week course before taking part in the run as part of the Healthy Ireland programme.

“When we started out two months ago, our main aim was to get as many people active as possible, particularly people not used to exercise. We were delighted that 25 people completed the run, donating €10 each to such a deserving cause in Pieta House,” said Ms Steed.

“Of these, 10 were members of staff who participated in a training programme we ran called From Desk to 5k.

“These staff had never run a 5k before but after completing the eight weeks, they were delighted to be able to run every stride of the 5k.

“These first-timers are immensely proud of themselves and rightly so. Indeed, they have set up a What’s App group with the intention of continuing their training. This is what Healthy Ireland is all about,” said Fiona.

As well as the absolute beginners, a number of more experienced staff from Nenagh Hospital and HSE colleagues working in community and primary care completed the run.

A few dedicated staff also made it to Limerick night to complete their second 5. Over 200 HSE staff and members of the public participated in the Limerick event, which took place in and around UHL. Again all proceeds from the charity run – around €5,000 to date - go to Pieta House, which has a facility in Roscrea.