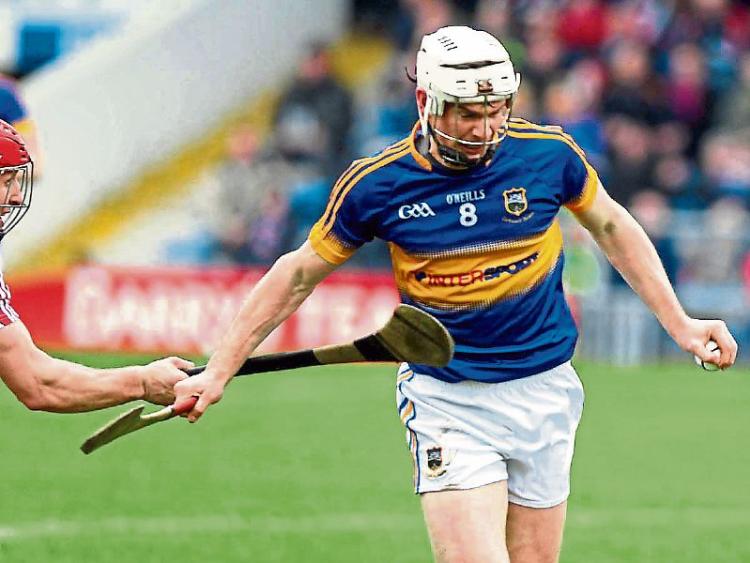 Only two men before him have managed to captain Tipperary to All-Ireland minor and senior hurling titles - the greats, Tony Wall and Jimmy Doyle - but it is something which is unlikely to occupy the mind of Borris-Ileigh's Brendan Maher when he boards the bus for Croke Park on Sunday.

Now he is conscious of the Borris' men who have lifted the Liam McCarthy Cup alright - Sean Kenny, Jimmy Finn and Bobby Ryan are household names in and around the quiet village with the very proud reputation - but Brendan Maher will be more concerned with getting things right for Sunday, rather than re-writing the history books, important and all as that is.

The midfield dynamo is fortunate, according to the last man to have had his hands on the McCarthy Cup, in that he has the experience of the last few years to draw on when it comes to dealing with everything that surrounds the All-Ireland Final. Yes, there are essentials which have to be dealt with - media requests, tickets etc, but there is also the necessity of preparing properly for the biggest game and making sure that his own performance is to the required level.

"It's interesting, but deep down Brendan will know that he was captain the last time we lost the final back in 2014, and personally he'll want to reverse that and win the Liam McCarthy Cup," Eoin Kelly told The Tipperary Star this week.

"There will be that small bit of nervousness there, but I think the big thing will be to instill into the squad the workrate. It will have to be upped from the Galway game dramatically because Kilkenny will bring that style of play every day. We underperformed against Galway and won, which is a great sign and shows that we have moved on. This is a new team because there is only five of the 2010 team which started. Brendan will bring the hurt of 2014 and previous seasons and make it count. Hopefully he will drill that into them and instill that into them. They say sometimes that you have to lose one to win one, and we'll hope that will work on Sunday," Eoin said.

And, the Mullinahone star added that the kind of performance produced by Galway's David Burke in the semi-final is what every captain would want. "He just handled the ball so often and was very influential. It's a big thing for a captain going into an All-Ireland Final, but Brendan has the experience of two years ago and he is a cool and composed type of player. The whole team needs to bring it up a level or two for Kilkenny and Brendan will want to drive them on and inspire them. He can do that through his own performance," Eoin said.

The hurt the Tipp players experienced in 2014 was also on the agenda when Brendan himself spoke to us this week.

"It's definitely a factor, there's no point in saying it's not. It's definitely in the back of my mind, when you have opportunities and it doesn't work out for you it's always there in the back of your mind. You reflect on it but I'm very conscious not to dwell on the past - I'm a very firm believer in just sticking with the present, no matter what has happened. It would have been the same after a good win, you just have to draw a line under it and move on. That's the way sport works and if you read up on any of the athletes they'll tell you about living in the now, and I've always given everything to the present moment. I'm always trying to make sure that I train as hard as I can now and get my performance as good as I can for the All-Ireland. Hopefully then, as a collective, we can have a performance that can get us a win," Brendan said.

The Loughmore based primary school teacher will be back at his desk in time for the All-Ireland Final and he is really looking forward to the buzz of the classroom again. Stating that he loves working in the school in Loughmore (John and Noel McGrath territory), he is conscious that the many communities around the county will be putting up their colours and supporting the players - especially the parishes with representatives on the Tipp panel. The Tipp players have noticed the level of support in recent weeks - their on-field exploits are winning over their people who are responding in kind.

"It seems that way - we noticed that with the big crowd that turned up for the open night, and even with the responses you feel on the day of games and after games. When people meet you it seems that they're recognising the hard work that's going in. To be honest, I'm not going to say that we're working any harder this year than last year or the year before. Every year we go out you give 100% - any GAA player from any county gives 100% of what they have. Whatever reason we have fallen in the past, such as the semi-final stage last year, it was all just purely performance-based and the way we played. It wasn't down to lads not giving 100% in training or anything. This year I suppose it's a mixture of a lot of things that have worked in our favour and these seem to have made us into a better team. It's great to be in this position now," Brendan says.

Happier to be back in the midfield holding role, but mad to get another shot at centre forward, though in the more conventional position rather than the deep-bedded role he had under Eamon O'Shea, Brendan received a great boost at the start of the season when Michael Ryan added Conor Stakelum to the Tipp set-up. It was an inspired addition and one which has reaped rich rewards.

"Conor is such a personality and he's so positive, he was a great addition to the backroom team, and I think he's added a huge amount to it. He's very popular amongst all the players and lads feel comfortable talking to him, which is important as a selector. It was nice and refreshing because I grew up with him as manager of Borris-Ileigh and I have great time for him, as I do for all the Stakelums. They're a huge, proud Borris-Ileigh family, and even with a lot of them living in Thurles now, they're still proud Borris' men and proud Tipperarymen.

"Conor know what it takes to win- he was part of the 1991 All-Ireland-winning team, so he's been there as have the other lads, so it's great to have somebody of his calibre with us."

Another man who knows what it takes to win is Galway captain David Burke. And, the semi-final Man of the Match winner took time out to text Brendan after the game. "He said congrats and and I wish ye all the best but you know that performance (against Galway) isn't going to win ye an All-Ireland, and (to) drive the lads on. I think everyone acknowledges it was a great win, but it's not going to be good enough to win an All-Ireland."

Brendan will play a captains part on Sunday and do all the right things for Tipperary before the ball is thrown in, and after the game as well. But, the big challenge for him will be to do the right things while the ball is in play, as he has been doing since 2009. This could be his year; his destiny. Another All-Ireland for Tipp and for Borris-Ileigh; the Liam McCarthy Cup coming home to the parish for the first time in 27 years - Brendan was just nine months old at the time.