We can't afford to give the ball away - Padraic Maher 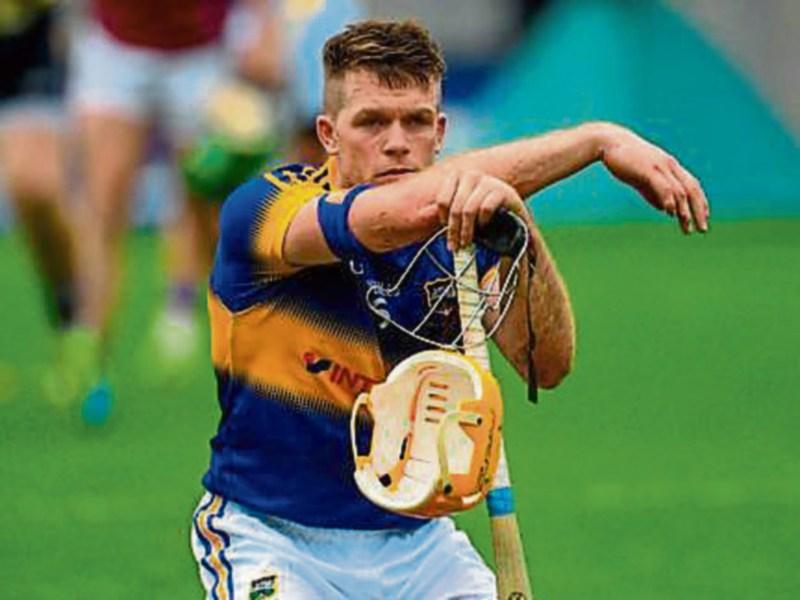 From his wing back berth this season Padraic Maher has bagged 0-4 of Tipperary's 10-72 scored over the course of the four championship games.

The Thurles Sarsfields man has been in flying form and seems to be enjoying the freedom that the wing position allows, rather than being tied down to the centre back role - he has also taken up post in the full back line for Tipperary and at midfield on occasion for his club.

While his defensive duties are paramount, Padraic also loves the thrill of raising a white flag and his location at present allows him to move into position to take passes and have a go - his score in the 21st minute of the second half against Galway brought Tipp to within a point of the Tribesmen, just before the two goals materialised.

"I do enjoy the freedom of wing back and it is very enjoyable to get the chance to have a pot for a score. Dan McCormack has been working very hard and I just seem to be the one moving in behind him to take the passes for those points - I think he has handed a fair few to me this year," Padraic says.

Supporting the attacking division by giving good ball to the sharpshooters has been a feature of the Tipp team this season, but Padraic feels that they will have to up it big-time against Kilkenny. The service, he says, was not good enough in the semi-final and will have to be altered in order to give the forwards a real fighting chance of winning possession.

"We cannot afford to just give the ball away as much as we did in the semi-final because it is hard enough to win ball in the first place. We have to work on that for the final," he says.

Concentration is a big thing in the game now and while winning your own patch was the big thing when Padraic first came into the team in 2009, with the many tactics and systems being employed by different teams, keeping the mind on the game at all times, once the ball is thrown in, is of paramount importance.

"Your concentration levels have to be so high now, right throughout the game, because players are constantly moving and switching. Switch off for a second and it could be fatal, especially against the top teams in the game," he says.

Padraic has played a lot of hurling since he won his first and only All-Ireland senior medal in 2010. And, the Tipp players have shipped a lot of hits in that time too. But, with the passing time, many of those younger lads in the 2010 team have matured into leaders and have gained a lot of experience. It is standing to them now, he says, and it means that the older lads can talk to the younger players and set them straight on what to expect on All-Ireland Final day - this is something alluded to by captain Brendan Maher also and he revealed that the group have spoken about this and have tried to bring their experiences to the newcomes. Fortunately, two of those newcomers, Ronan Maher and John McGrath, have brothers in the team who can tell them all about what to expect.

And so to Kilkenny. "They are a very well structured team and they really work hard for each other all over the field. They stick to the plan all the time and are very hard to break down. For us, it will be all about matching them on the day and seeing where it takes us," said Padraic who listed the All-Ireland qualifier defeat in Nowlan Park in 2013 as being one of the most difficult defeats to take.