A special day for the McGrath family of Lisheen, Loughmore 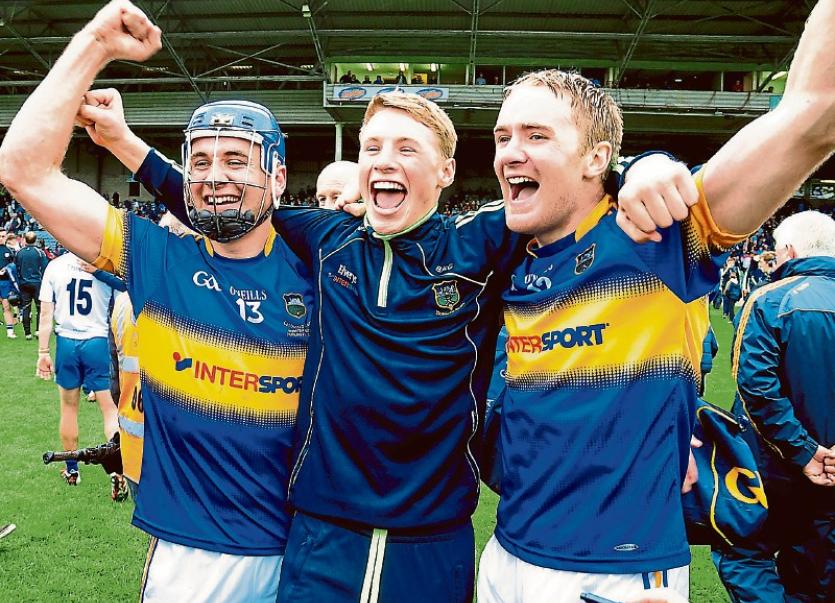 You'd harldy get a more down to earth family than the McGrath's of Lisheen, Loughmore.

But, if ever a clan had reason to be getting a little bit ahead of themselves, then the famous family from mid Tipperary could claim it, with three sons set to line out for Tipp in Sunday's All-Ireland minor and senior finals.

It won't happen though - not with Pat and Mary at the helm to keep everybody on the straight and narrow.

Brian, the baby of the family, will lead Tipp out in the minor final and will hope to follow in the footsteps of his two older brothers by winning a minor All-Ireland medal. Both John and Noel have two All-Ireland minor titles apiece, with Noel winning the hurling titles in 2006 and 2007, while John has one hurling and one football from 2012 and 2011 respectively.

And, later on, after the curtain-raiser, Noel will be bidding for his second All-Ireland senior medal, while John will be looking for his first as they spearhead a twin-pronged approach in the Tipp attack.

The McGrath's are know far and wide across the land as being great Gaels - their father Pat played minor, u-21 and senior for Tipperary, captaining the side to the National Hurling League Final in 1989, before subsequently winning an All-Ireland senior medal as a sub later that year.

A sweeter striker of the ball, you could not meet and that particular skill has been handed down to this three sons in the back garden -they are joined on the Loughmore Castleiney team by a band of cousins which amounts to two thirds of the outfit at different stages. The lads uncles, Tom, Michael and Frankie all played at the highest level for the club while Richard and their aunts Marian, Catherine, Ann and Teresa have all been heavily involved in Gaelic Games in various capacities. So really, the boys couldn't miss of it, even if they had tried.

There is a very rich tradition of GAA involvement in the McGrath house, going back generations - the lads grandmother Tess (nee Delaney) who passed away on June 2nd was married to Mick McGrath and together they fostered a real love of the games in their own family, a love which was then passed on to the likes of Noel, John and Brian.

That love of Gaelic Games and Irish culture, extends to love of parish and community and never will you see anyone more committed to the club cause than the McGrath boys. Noel has won two county senior hurling championship medals in 2007, when he also won a Munster Club medal as a kid, and 2013 when he was joined on the team by John. The boys also have two county senior football championship medals from the back-to-back years of 2013/2014 - a remarkable achievement which meant that they won three county senior titles in two years - the double in 2013 and then the football again in 2014.

Noel, a double All Star winner in 2009 and 2010 was also the Young Hurler of the Year in 2009 and he would dearly love to see his siblings following in his footsteps as well.

Having endured a difficult spell in 2015 which resulted in him undergoing treatment for cancer, it is fantastic to see Noel back in the blue and gold colours again. He has been an inspirational role model for people on and off the field, but suggest this to him, and you'll just get a shrug of the shoulders. Off the field, with his battle, he did what he did to recover; on the field, he just does what he loves doing - playing.

John burst into the Tipp side this year having come into the squad in 2015 until injury took it's toll - he missed most of last year's All-Ireland u-21 football campaign which ended in defeat in Parnell Park against Tyrone. What a loss he was to that side.

But, this year he came back strong and has really bedded in to a high flying forward line.

Then there's Brian, a more rangy defender who strikes off left and right, has plenty of physicality about him and who is well able to mix it.

"If you want tickets for the All-Ireland, you'll be calling to the McGraths because they might have a few spare ones between them," joked Eoin Kelly this week when asked to assess the three lads, who are similar in many ways, but different in many ways too.

"John is a player who takes on the man, whereas Noel is the one who gives an exhibition of taking points and giving those pin-point passes. Brian is a bit more robust as a centre back - he broke the hurley in a tackle in the semi-final against Galway and went on and cleared the ball with half a hurley.

"You hope that Sunday ends up being a massive family day, that Brian captains the minor team to glory and that the two lads get their All-Ireland medals in the senior. They come from a level headed, cool family background and you see that in their play. They are a joy to watch," Eoin said.

Everyone in Tipperary will want to see it being a magnificent day for the McGraths. But, you can be certain of one thing - they'll all be back in Cuguilla in Castleiney for club training next week.