The View -Perform and we'll win both finals 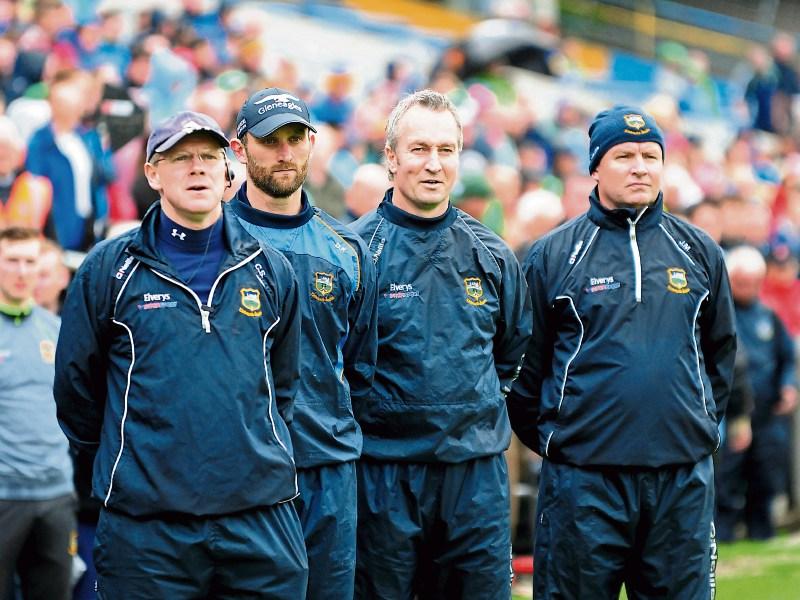 There's really only one story in town this week - well, two actually - Tipperary's minor and senior hurlers as they ready themselves for the ultimate battle in the All-Ireland Finals in Croke Park.

First of all, perhaps we should take stock of what both teams have achieved so far this season - Munster titles in both, and the two cups having been won in very convincing fashion. However, it's probably fair to say that a reverse of the Munster Final result for the minors, or a repeat of the 20-14 result for the seniors, will render the season unsuccessful for both outfits. That is to say that the real currency in this game is the All-Ireland Final - anything that has materialised in the meantime, nice though those titles are, is simply a means to getting to the big day on the first Sunday in September.

Tipperary are well aware of what must be done in both scenarios and have used their time since the All-Ireland semi-finals to good effect. They have recalibrated their engines, tweaked and tuned the skillsets and worked on their tactics for the games, which will be all-important in bringing home the Irish Press and Liam McCarthy Cups.

The minors face a stern challenge and will be more than aware that the final will not run similar to the Munster affair. On that day, Tipperary stormed the Limerick lads, blitzing them before half time and then grabbed the all-important goal just after resumption.

Tipp have improved with every game this season and one feels that in order to claim the title, they will need to improve again. Granted, their seven goal bonanza against Galway was impressive, but management have still identified areas which need to be worked on and they have been addressing those issues over the last few weeks.

This is a team which plays on instinct and the instinct of the forward division is to go for goal at every opportunity. However, there are times when it is far more prudent to take the points and the experience of the season so far will hopefully help the minors to make the right decisions.

A 20th minor title awaits Tipperary if they do the business on Sunday. Hurl like we know they can, and they will win.

Much has been said and written already about senior final which sees Tipperary bidding to become the only county to defeat Kilkenny in two All-Ireland Finals, during the Cody reign.

Tipperary are well equipped to do so too and though Kilkenny hold a lot of aces, as they always seem to do, Tipperary have a fair few cards up the sleeve as well.

It seems pretty straight forward really - if Tipperary can do the required level of intensity, their hurling will see them over the winning line in pole position. If they don't reach that level, beating Kilkenny becomes very difficult, because you can be guaranteed that they will reach the bar they continue to set year-on-year.

There's a general feeling that Kilkenny are not as good as in previous years. Really? Didn't look that in the replayed All-Ireland semi-final. It was a vintage performance against a very very good Waterford side which probably left the game after them on day one.

Kilkenny are the masters at dictating games and if Tipp are to win on Sunday, they must dictate the terms of engagement. They must hurl with the kind of in-your-face mentality and intensity which landed the title in 2010, but they must also hurl with intelligence and be prepared to change their tactics mid-game if necessary. If going direct is not proving advantageous, change it and move on. Be flexible, be mindful and be relentless.

Tipperary will need to be smart too, on and off the field - in the zone, if you like - and taking opportunities will be a must. You simply cannot afford to miss chances against Kilkenny in All-Ireland Finals - 2009 thought us that lesson.

Tipp have learned a lot of lessons over the last few seasons - now is the time to put those experiences into action and pass the ultimate test against the masters on Sunday.

The wishes of the county go with both teams in their bid for All-Ireland glory.

Once again the black card issue came into sharp focus on Sunday last in the pulsating All-Ireland semi-final tie between Dublin and Kerry. So, Diarmuid Connolly and James O'Donoghue drag two opponents to the ground in the closing moments of the game and both get yellow cards. Surely, these kind of fouls was what black cards were introduced for? When you see what the two lads got away with, it makes you realise how hard done by Robbie Kiely was for Tipp.

Consistently inconsistent - that's the way it is with referees and black cards. It's gone boyond joke now and needs sorting - even the boys on The Sunday Game agree, including Tipp Boss Liam Kearns who sat on the panel last Sunday evening.

Interesting to see Henry Shefflin writing about the plight of the 'ordinary' club player as a result of intercounty fixtures. He is now an 'ordinary' club player himself although the term doesn't quite sit right for such an extraordinary player. The shoe is on the other foot now and King Henry, like so many other former players are seeing the damage being done to clubs. Perhaps hierarchy will listen to him, if nobody else.