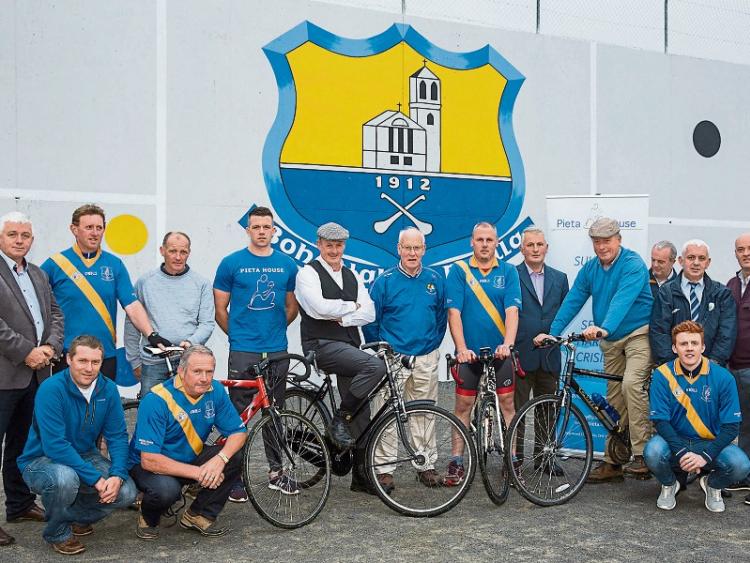 Long before Tipperary sealed victory over Galway in a tense All-Ireland semi- final, members of the Boherlahan/Dualla club had plans drawn up to travel to Dublin on All-Ireland Final weekend.

Club members will make their way to Croke Park on Sunday by bicycle for the dual purpose of engaging in a symbolic commemoration of the famous Tubberadora team that won an All-Ireland club title in 1916 on the anniversary of that event, and to raise funds to invest in the future of the thriving club.

“Because of the centenary celebrations of the Tubberadora team we had plans in place for some time for this event. There was huge relief among everybody in the club that we edged out Galway because this event will be all the more special with Tipperary in the final on the day” said club secretary Lisa Stapleton.

The club wanted to stage a significant event to acknowledge the wonderful achievements of Tubberadora 100 years ago but they are also in the process of raising funds to make a massive investment in the club's facilities.

“There is a lot of excitement in the community about the event, everybody is involved .We have never done anything like this before” she explained.

As part of the club's five- year plan new facilities including a new adult full-size playing field, an astro turf pitch with a hurling wall and a one kilometre walkway around the existing pitch and the new pitch are to be provided.

It is an ambitious project but one that has received tremendous backing from the community, both in terms of financial and moral support.

“The response has just been incredible. The people in the community appreciate greatly our desire to provide quality facilities. Demand is growing all of the time, membership is increasing and there is a need to plan for the future,” said Lisa.

The club has purchased four and-a-half acres adjacent to its ground in the village and are in the process of going through the planning stages for the devleopment and are in pursuit of grant funding.

“We hope work will start fairly soon. We are a thriving club with over 150 juveniles training every Saturday morning and we have to ensure the facilities they require are in place” said Lisa.

As a result of the goodwill in the community for the project up to €200,000 has already been collected.

In the build-up to the Cycle to Croker the club members held bucket collections over the last two weekends in Boherlahan and nearby areas.

They take off on Saturday morning with the backing of everybody in the parish and will carry out bucket collections along the way.

The Cycle to Croker is being carried out in association with Pieta House and the club is delighted to be able to support such an important service.

“Every parish in the country has been touched by suicide and we are very happy to help the organisation who want to open a facility in Clonmel, to add to their existing facility in Nenagh, which would be of enormous help to the people of South Tipperary” she said.

Lisa said the decision to go ahead with the project was important for the community, which had lost a number of services including the local shop.

“The GAA club is at the very core of the village.People are aware of the work that is being done for young people, they are supportive of our plans and we have received a very generous response from the public” she said.

The club has held a Strictly Come Dancing event and staged an outdoor performance of Oklahoma but the Cycle to Croker is on a different scale.

“A huge amount of work has gone into the planning of this. Hopefully everything will go well on the day and we get the result in the match we are all looking for, which would be a great bonus” she said.