First day at school proves a learning experience for everyone

New uniforms and packed lunches the order of the day 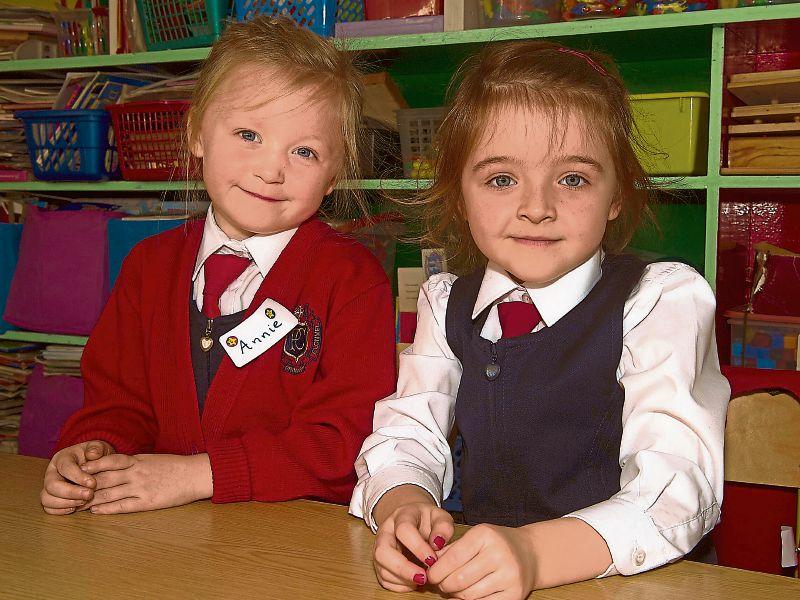 A rollercoaster of emotions flooded the gates of primary schools across Clonmel last week as courageous young kids, accompanied by tearful parents, braced themselves for their first day at school.

The arrival of children in their uniforms, with school bags and packed healthy lunches was greeted with warmth by junior infant teachers and school principals alike, helping to dispel any anxiety from early on.

Curiosity and fascination were in fusion, with friendships igniting over fun-filled activity sessions in the classroom.

Children from the locality and beyond were soon immersed in playground comradeship, commencing a journey of learning, developing and growing in each other's company.

Sisters of Charity teacher Anne Marie O’Donnell said her junior infants settled in “very well” on their first day at the national school.

Niall O’Mahony told The Nationalist he was looking forward to starting school all summer, before describing his first morning: “We had lunch, played with each other and went to the bathroom. I hope to make loads of friends”.

Cousins Evan and Doireann Scully were delighted to be in the same class on their first day.

Michael Boyd, Damien Hofman, Killian Kovalis and Kian Corcoran longed for a game of football, while Gemma McGee, Jessie Kenrick and Daisy Mai Murphy seemed to be enjoying the milestone.

Anna and Edyta enjoyed making friends and having lunch together on their first day. Amelia and Caleb were excited by the experience, while Jacob and Katelyn highlighted their love for colouring and playing with classmates.

CJ was fascinated by my beard, to the extent that he drew a picture of it and presented it to me.

Michael underlined his desire to play hurling and others described their first day as an “exciting adventure”.

Pupils engaged in renditions of ‘The Farm Song’ and ‘Superfast’ for The Nationalist, and also learnt their first rules - to put up their hands when they want to speak and most importantly to have fun.

Teacher Anne Marie O’Connor echoed that her pupils were settling in “very well” on their first day. Florian and James said they were relishing starting school all summer.

Seamus wasn’t fazed by the occasion, combining making different objects with play-doh and chatting to his new friends. Twins Amelia and Victoria were wonderstruck and savoured the occasion, showing me a star they had drawn earlier in class.

Elisa, Lilien, Jodie and Orna learnt Twinkle Twinkle during their first morning at school, and Katie and Maria recalled the excitement of getting their first uniforms in the build up.

Ss. Peter and Paul's Thomas Hanton said he was “more excited than nervous” about starting school. He enjoyed roaming the playground with his new friend on the first day, but noted: “We can’t play football in case we break something”.

Owen Dukelow, Daithi Harpur and Brian Tobin said they had “fun” and made new friends on their first day. Charlie Cassin enjoyed colouring, while Zac Corcoran voiced that his nerves turned to excitement once he met his classmates.

St. Mary’s Parochial School’s Rory Everard, Hannah Mulhall and Gouri Saha agreed that their first day at school was “good”. They were introduced to their classmates, enjoyed colouring and played with lego.

Pupils at Gaelscoil Chluain Meala were kitted out in blue and gold when The Nationalist visited.

They were given balloons, played with dinkies and play-doh, were introduced to the “big tv” (interactive white board) and read stories on their introduction to primary school.

Shonagh made tea and coffee in the kitchen, while Martin appeared pumped up for the All-Ireland finals as he longed to play hurling.