Closure of business a "hammer blow" to economy of Tipp town 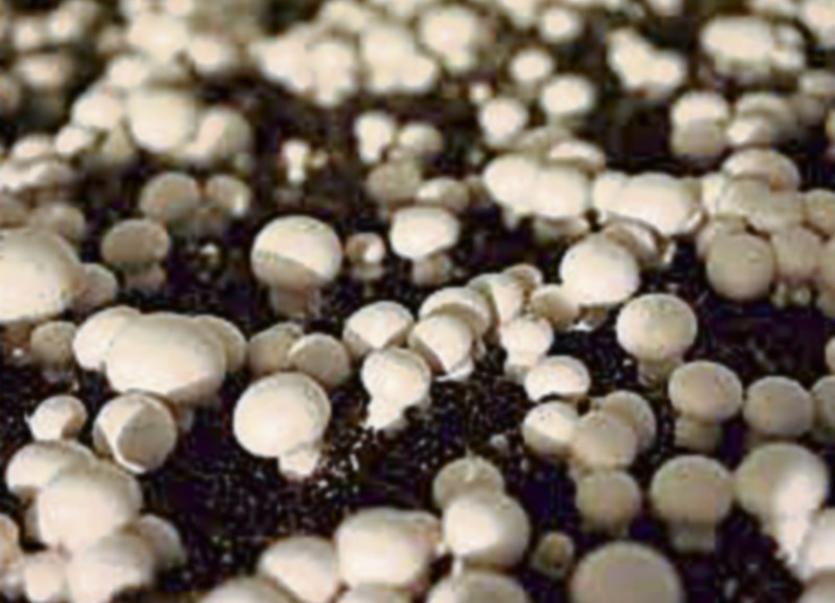 The devastation caused to the local economy by the closure of a mushroom exporter's business in Tipperary town has been spelled out by the company's managing director.

Schiele and McDonald Mushrooms, which was established in 1999, closed last Wednesday with the loss of 70 jobs.

Managing director Peter McDonald said it was "a very emotional and upsetting day" when the closure was announced to staff last week.

"In the last 17 years the company has circulated more than €20 million in wages alone directly into the local economy", he stated.

Mr. McDonald said the company had also contributed more than €2 million in PRSI in that time.

The company, based at Knockanrawley, exported most of its 1.5 million kg of mushrooms to the UK.

The sharp decline in the value of sterling against the Euro, as a result of the UK's decision to leave the European Union, has been blamed for the closure.

"We knew there would be a referendum in the UK but nobody believed that Britain would vote to leave the EU", said Mr. McDonald.

He said the company was losing between €10,000 and €12,000 a week since the historic June vote and those losses weren't sustainable.

"You're in serious trouble when you're working in a business with a margin of between 0% and 5% and when your earning capacity drops by 17%", he stated.

The business started with between eight and ten employees 17 years ago. Five people had been let go last June in a restructuring programme aimed at making the business more cost-efficient.

With the majority of produce exported to the UK, and very little sold in this country, Mr. McDonald said there was no way of saving the business, against the backdrop of the fall in the value of sterling and a loss of earnings of 17%.

He described the lack of confidence generated in the Irish business sector as a result of Brexit as "unreal".

"I would imagine the whole horticultural business is stressed at the minute", he said.

Meanwhile Roger Kennedy, Cathaoirleach of the Cashel-Tipperary Municipal District, described the closure of Schiele and McDonald Mushrooms as "a devastating blow to the area, at a time when job prospects aren't great".

He said that Mr. McDonald had invested heavily in the business in recent years.

"This would mean that a large number of people would be added to the already sizable number of unemployed in the locality".

As Cathaoirleach of the Municipal District, Cllr. Kennedy vowed that he and the other councillors would work with the IDA and Enterprise Ireland and do their utmost to secure alternative employment for those who had lost their jobs.

Cllr. Kennedy said he had spoken with Joe McGrath, the chief executive of the County Council about establishing a task force so that the Tipperary area would be placed "higher up on the radar" of the IDA and Enterprise Ireland.

Tipperary TD and Fianna Fáil ​s​pokesperson on Food and Horticulture, Jackie Cahill said that the loss of 70 jobs at Schiele and McDonald Mushrooms in Tipperary Town ​wa​s a hammer blow to the local community, and Tipperary’s agri-business sector.

“The company ha​s​ claimed that the sharp drop in the sterling exchange rate following the Brexit vote in June, and the company’s dependence on the English export market has forced this decision”​, he stated.​

“Only last month I raised this issue, and called on the Minister to intervene by implementing the exceptional State Aid measure allowing for a short​-​term loan to be provided to the company to cater for liquidity gaps​,​ which companies in the ​fruit and ​v​egetable sector can access.

Mushroom farmers, in Tipperary and all over Ireland, are facing this challenge on a daily basis. Their margins have been shredded and ​they ​are now in loss-making territory,” added​ Deputy Cahill​.​

“​Nine​ in every ​ten​ mushrooms grown in Ireland are exported to the UK. 3,500 jobs are at risk in 60 companies if these challenges with sterling exchange rates continue.

Meanwhile, Deputy Mattie McGrath says that Tipperary Town now has just under 1500 people who are unemployed, which was “absolutely devastating” when the relative size of the area was considered.

“There are a whole host of areas that need to be addressed, such as the broader impact of minimum wage laws and the lack of a clear and urgent response to the Brexit result”, said Deputy McGrath, who has called for the establishment of a task force to “reverse rural Tipperary's slide into an economic blackspot”.