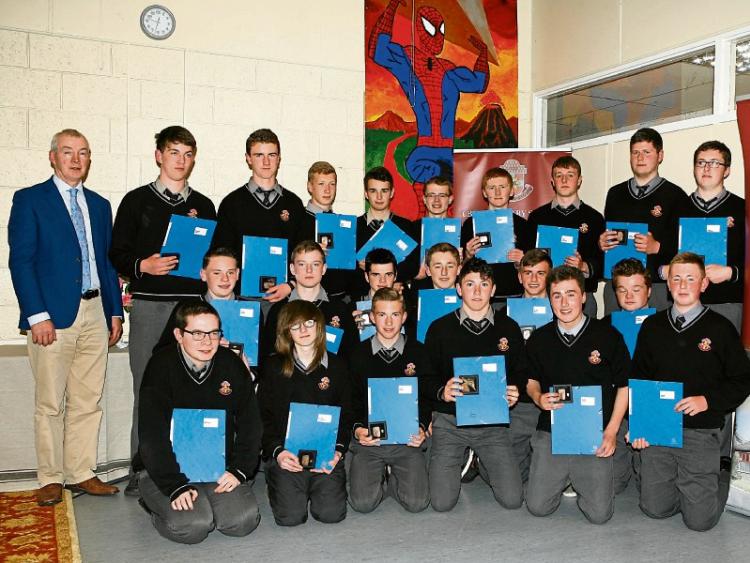 The Junior Student of the Year prize was awarded to Thomas Parle and Morgan McKnight.

The school's Transition Year (TY) class was presented with certificates at the awards ceremony and it was noted that the number of students opting for Transition year was increasing each year.

Student Declan Duggan presented a slide show of the TY students’ projects and achievements over the past year.

Former teacher Noel Casey, who helps coordinate TY activities, praised the students and the community for their cooperation in facilitating the different projects the class took part in.

The awards ceremony heard that the Transition Year students' meals-on-wheels Tuesday morning deliveries to the elderly were a welcome visit for both the students and the local senior citizens.

Mr Casey passed on to the students compliments from the local community for taking on the challenge to read at morning Mass during the year.