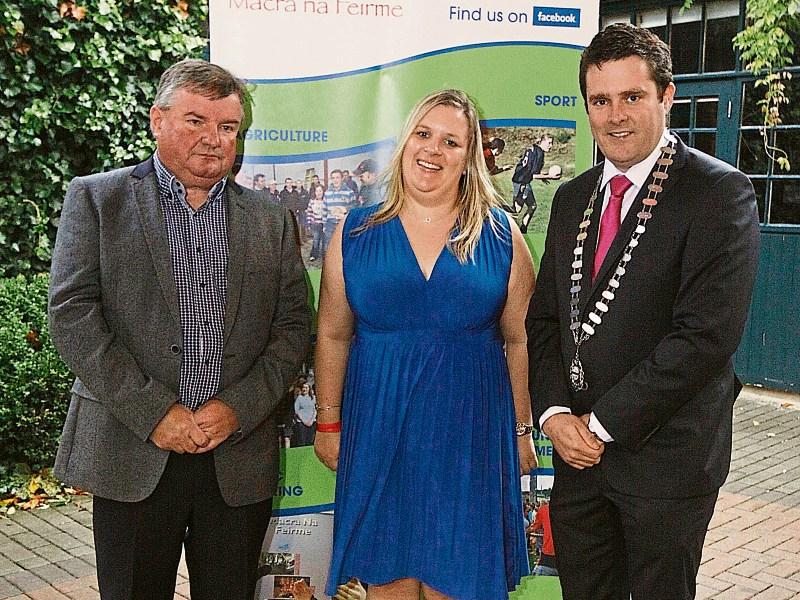 Nenagh Macra's Grainne Harrington was among 53 young people from across the country received Leadership Distinction Awards at a special ceremony hosted as part of Macra na Feirme's Training weekend.

Macra's county officer training weekend, in association with ABP Food Group Ireland, and held in University of Limerick, saw 180 county representatives participate in leadership and personal development training to prepare them for their roles in the coming year.

The launch of this year’s Leadership Distinction Award ceremony took place just prior to the awards ceremony, at which Macra President Seán Finan and Jimmy White of ABP Ireland presented the awards.

The scheme recognises the hard work and achievements of county officers working on a voluntary basis within Macra, with gold, silver or bronze awards being presented to those who achieve pre-set targets and an interview to determine their leadership development.

A gold award is the highest level that can be secured by a county officer, and makes that person eligible to be considered for a Macra National Leadership Award.