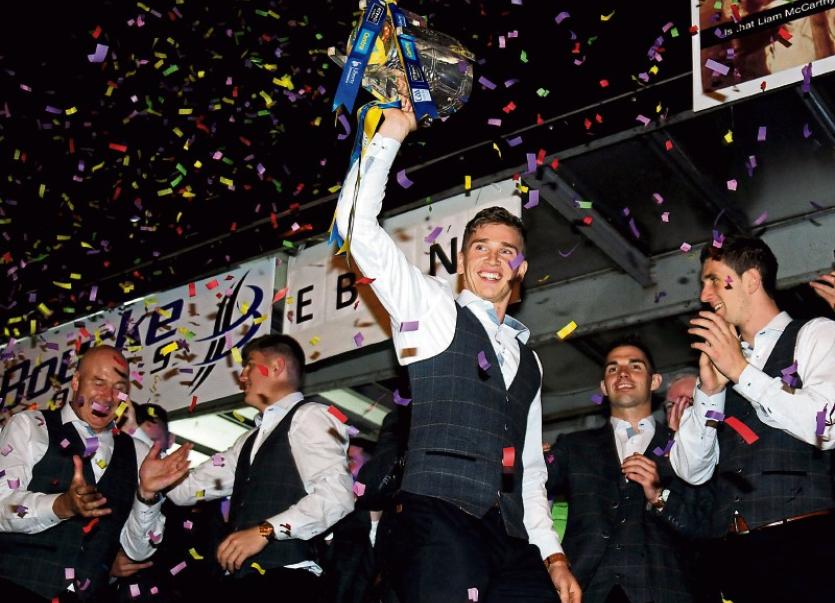 They are well used to welcoming home the Liam McCarthy Cup in Borris-Ileigh with Brendan Maher becoming the fourth man from the parish to do so since the late and great Sean Kenny, a former Mayor of the parish, paved the way in 1950, writes Noel Dundon

That was a golden era for the famed club with county titles emerging to secure their reputation as one of the great hurling strongholds in Tipperary. And, when Jimmy Finn had the honour of leading Tipp up the steps of the Hogan Stand to claim the famous prize a year later in 1951, thereby becoming the youngest ever All-Ireland winning captain, the sense of achievement was cemented in local lore.

It took until 1989 for the Liam McCarthy Cup to visit again, this time in the hands of the great Bobby Ryan. That was special as it had bridged the yawning gap going back to 1971 when Tipperary had last caught sight of the trophy. Bobby had been handed the honour by the Loughmore Castleiney club as they were the county champions, but what a captain he proved to be having taken over from Pat McGrath - father of Noel, John and Brian McGrath.

And so, twenty seven years later, the great Brendan Maher arrived in the village to make his way through a massive crowd of emotional well wishers, supporters and fans, to bring home the cup. Brendan himself was determined to savour the moment but it was an emotion journey for him too. It was here in Borris' alongside his brothers that he had first learned to puck a ball, here that he had grown into an outstanding juvenile and now, here that he reached the summit of the hurling world and shared the experience with his people. Of course it was also a very special night for colleagues Dan McCormack and Paddy Stapleton and for selector Conor Stakelum - all proud Borris' men who had helped to bring Tipperary to the Holy Grail.

There will be many nights of celebration with the Liam McCarthy Cup all around the county, but for the four lads, you just get the sense that no other will hold a candle to what they experienced on Monday evening.