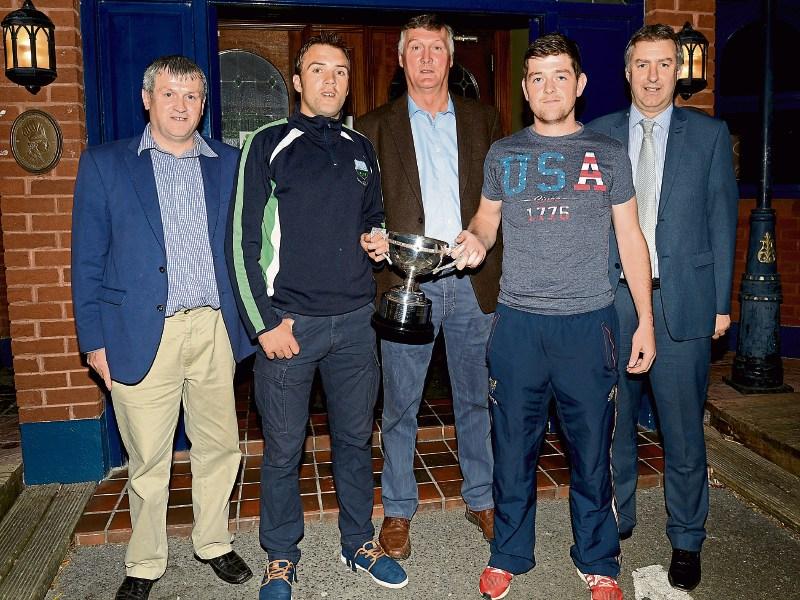 The Centenary Agri mid senior hurling final takes centre stage this weekend with Templetuohy set to host the much anticipated clash of Loughmore Castleiney and Drom-Inch.

The game will be warmed up by the inclusion on the clár of the Roadstone Provinces mid intermediate hurling final which will also feature Drom-Inch, and their rivals Thurles Sarsfields, making it a very attractive double bill in Templetuohy .

Chairman of the Mid Board, Joe Kennedy said this week that the mid title is “still a prized possession” and that has been very much in evidence in recent years with the decider keenly contested.

Thurles Sarsfields relinquished the title when they were defeated by Drom-Inch earlier in the season and their disappointment perfectly illustrated what the mid title means to clubs.

And, after all the hype of the All-Ireland Finals last weekend, the divisional finals come into sharp focus with the players eagerly awaiting throw-in.

“The nine participating teams are now down to two and we expect a great contest to see who will win the final,” said Joe Kerrigan of Centenary Agri, which has been the main sponsor now for four years.

Describing the mid final as a “unique event” County Board Chairman Michael Burke acknowledged that the divisions have altered their systems in order to get games played, but he added that further consideration might be necessary at a later stage. The do or die nature of matches has made for a good championship, he said.

There was a real air of anticipation at Youngs, The Ragg at the launch evening with representatives of the four participating clubs in attendance. All seem to be in agreement that the senior final will be a cracking contest, but who will win it?

A lot will hinge on Drom-Inch attacker Seamus Callanan - the ace forward is on holiday abroad at present and is not expected to play. However, Drom-Inch did defeat the holders without Callanan and Loughmore Castleiney will be taking nothing for granted, were the Tipp man not to feature.

Of course, an in-form Callanan would hope to make hay in the opposition full back line where he is likely to be man marked, poassibly by John Meagher - what a contest that would be.

Whoever features in the Drom-Inch attack will need to get a decent supply of ball from their midfield and half back sectors with the likes of Johnny Ryan, James Woodlock, Liam Ryan and Jamie Moloney needing to put in big shifts. And, when you have players of the calibre of Callanan, David Butler, David Collins and Tommy Nolan in attack, Loughmore will have to be on-guard at all times.

As for the Loughmore Castleiney men who are hoping to bridge a six year gap since they last won the title, they will really fancy their chances in this one. They have been moving very well and with an attack featuring John, Noel and Liam McGrath, Evan Sweeney and Liam Treacy, they can carve open any defence with relative ease - their third quarter against Moycarkey Borris in the semi-final was awesome. They also have a solid defensive unit with Aidan McGrath manning the centre back position while Brian McGrath, John Meagher, Derek Bourke, and the usual midfield pairing of Tomas McGrath and Ciaran McGrath will take a lot of stopping.

Expect a fierce battle in the middle third of the field, but the real damage will be done in the full forward lines where key men can unlock the rearguards and keep keepers Shane Nolan and Damien Young busy.

Thurles man Kevin Jordon will referee the game - his first mid senior final and he is weished well for the big day.

In the intermediate final Drom-Inch would dearly love to get mid final day off to a great start, but they have to contend with a Sarsfields outfit which has seen action in the last two county intermediate finals. Granted their team has changed year-on-year but the Blues will still fancy their chances of winning the silverware.

See Mid Fixtures for full details of the games.