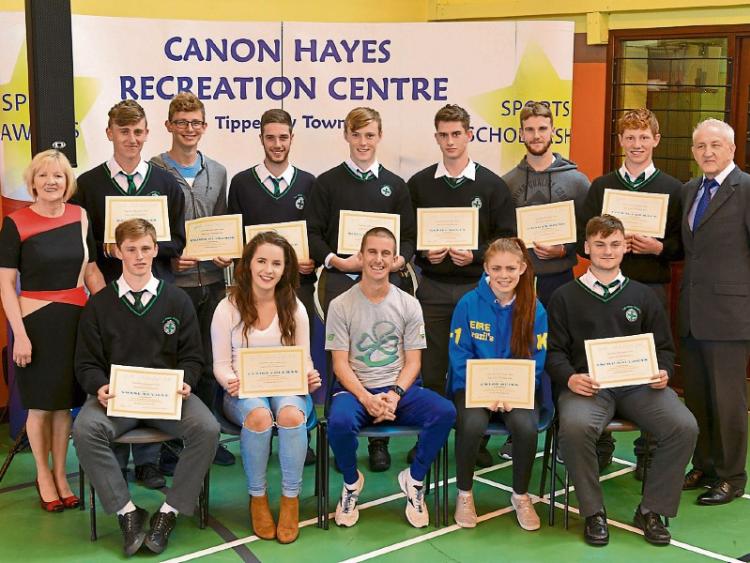 Young stars of track and field with promising careers in their chosen disciplines, were honoured with sports scholarships from Tipperary town's Canon Hayes Sport Centre on Friday.

Rob told the next generation of students from St. Joseph's Primary School that they can achieve anything if they work hard to achieve their goals. Success boils down to having a “really hard work ethic,” said Rob. “The sky's the limit. You shouldn't write anything off, if you're willing to work hard enough for it.”

The deserving award recipients are:

Member of Tipperary Town Athletics Club. Achieved PB in 800M and has begun to compete in 5km races.

Member of St. Michael’s Soccer Club. Won league and made it to semi finals of the National Cup

Golden/Kilfeacle and Tipperary U16 GAA / Abbey U16 ½ Munster D Finalist and U15 B champion / West U16A football champion with Galtee/Golden / West Tipperary U14, 15, 16 hurling / U14 A football and hurling / U16B hurling with Tipperary(All Ireland B finalist)