David is delighted with his selection for Irish soccer squad 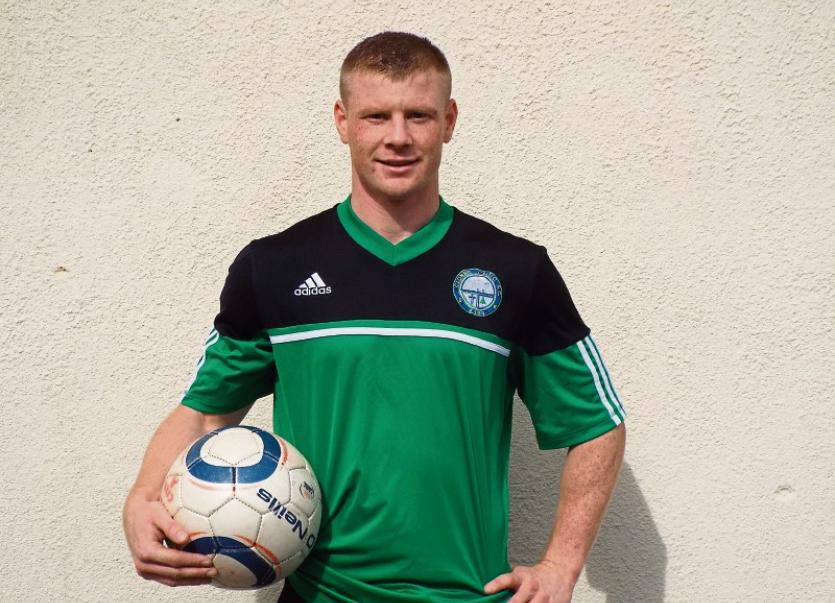 A Clonmel Celtic player is celebrating his call-up to Ireland's amateur soccer squad.

David Joyce has been included in the 18-man squad for three matches in the UEFA Regions Cup Intermediate Round in Italy at the end of the month and the beginning of October.

Ireland play their opening game against Italy in Gorgonzola on Wednesday September 28.

Two days later they take on the FYR Macedonia representatives in Inveruno and their final game is against the Slovenian qualifiers in Carvaggio on Sunday October 2.

"I'm delighted to be selected", says David who will join fellow Tipperary players, the St. Michael's duo of Jimmy Carr and Chris Higgins, in the squad.

David is the first Clonmel Celtic junior player to be honoured at international level. Luke Kiely won a schoolboys cap while playing for the club a couple of years ago.

Son of Marian and John Joyce from Elm Park, Clonmel, 27 year-old David has been playing with Celtic since he was a schoolboy.

In 2015 he helped the club win the TSDL Premier League and Tipperary Cup double during a season in which they also reached the last four of the FAI Cup.

"I hope to play in most of the games in Italy and help Ireland qualify for the next stage of the Regions Cup, which will be played next year", says the player who lines out in either the centre or right of midfield.

"It should be a great experience".

He joined up with the Irish squad for training at the FAI National Training Centre in Abbotstown in Dublin last Friday evening.

The team played Bohemians in a friendly on Saturday evening and they take on Northern Ireland in another friendly in Roscommon today, Wednesday before flying to Italy on Sunday September 25.

Manager Gerry Davis' squad has been drawn from Connacht and Munster after their play-off victory over the Leinster and Ulster selection in the trials.

Ireland won the UEFA Regions Cup as hosts of the final tournament in Dublin last year.

The new format of this year's competition means they are unable to choose some of the players who were part of last year's successful squad.

"From last year's squad we have Ken Hoey and Brendan O'Connell (both Rockmount, Cork) and Jimmy Carr and Chris Higgins from St. Michael's, so we have some experience there to add to the hunger and desire that you will expect from the new players" says Gerry Davis.

Clonmel Celtic says that his selection is “a tremendous achievement for David. He has always been a valued member of our club, renowned for his high work rate and always giving 100%.

We wish him every success and hope he enjoys his international experience”.