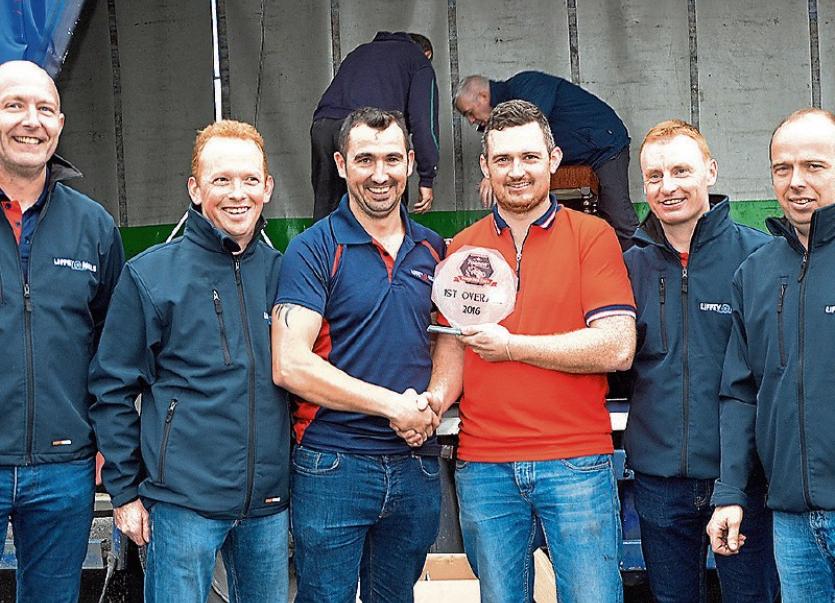 Sunday the 11th of September saw the first Soapbox Race to be held in Roscrea sponsored by RAE AUTOFACTOR.

Eoghan Fogarty was eager to launch the Soapbox Race in Roscrea for a number of years and with the help of Shane Lee it became an event this year.

There was a lot of planning and organising behind the scenes for the big event over the past number of months. Eoghan has a wide experience organising & participating in motor events with local Birr Motor Club and Modello Race Circuit.

Thank you to the local motor club who helped out on Sunday by providing experienced Marshals to help with safety on the day. The response to the Soapbox social media campaign has been phenomenon and this was displayed with the 40 eager entrants to race on Convent Hill. Many of the entrants are seasoned Soapbox Drivers and enter up to 15 races around the country annually. Many of them noted that the average entry of drivers would be 20, but Roscrea doubled that last weekend! The drivers should be acknowledged & thanked for their hard work and dedication to building their Soapboxes and for contributing to a fantastic day of entertainment for all the 3,000 plus crowd who turned out to support and spectate the event on Sunday last. It was fantastic to see so many local entrants, with family and friends cheering them on from the sidelines. Liffey Mills ‘The Yard Minions’ took home the coveted First Place, followed by Neville Patterson (Co. Leitrim) in 2nd place and local man Stephen O’Toole in ‘The Blackbull Knight’ finished a close third. Mullally’s Haulage entry driven by Gary Loughnane kept the crowd entertained with his comical antics and fantastic soapbox! Father & son duo, Colm & Liam Brophy took the trophy for Best Soapbox, with Beechfield Transport runne-up in the category. Gleann Glas won Best Estate. The Order of Malta & Ambulance service along with local Gardai were on hand throughout the day. We wish Donie Walsh a speedy recovery and thank him for his interest and efforts with Soapbox Derby. Thanks to Biddy’s Bar, BounceAbout Bouncy Castles, Douglas Hardware, Roscrea Signs, Roscrea Credit Union & Techntools.ie for their sponsorship. Overall there has been a very positive response to the first Roscrea Soapbox Race and there is already speculation about Soapbox 2017….. Will you be brave enough to enter?