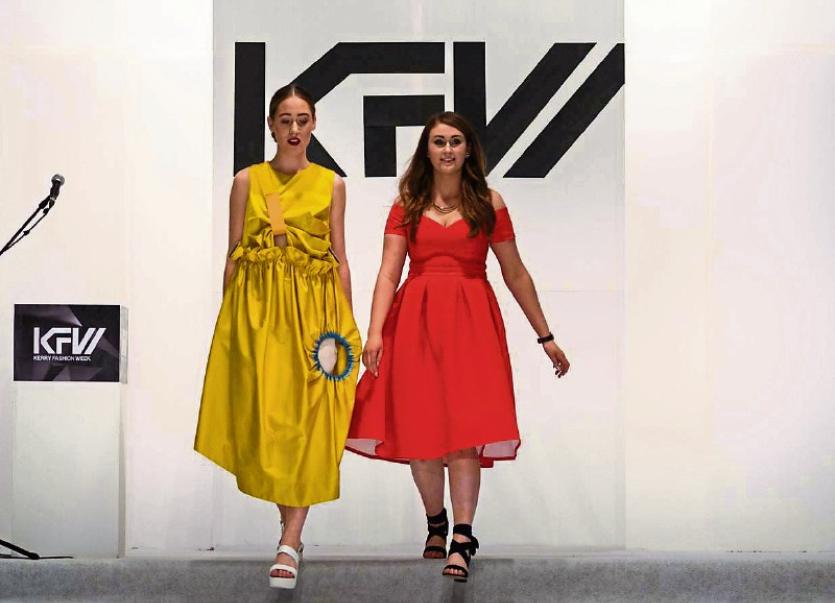 Clonmel fashion designer Alanna McIntyre is London bound after scooping the much coveted 'One to Watch' title at Kerry Fashion Week earlier this year.

The former Presentation Clonmel student and LSAD graduate has recently departed for the bright lights of London town to pursue a career in fashion design with the ultimate goal of setting up her own label.

“I decided to move to London to apply for design jobs within fashion companies based here. Having my own brand is definitely something that I aspire to in the future but at the moment I definitely want to learn a lot more about the fashion business and gain more experience,” Alanna told the Tipperary Star.

The Tipperary designer, who hopes to follow in the footsteps of fellow Irish designers Simone Rocha and Danielle Romeril, received national attention last March when she was named on the One to Watch list by the Irish Fashion Industry Awards during Kerry Fashion Week- something which the Clonmel native describes as a "pinch me moment."

"It was a great feeling to see my work acknowledged at a national platform outside of college events," explains Alanna who cites her graduate fashion show as another standout moment in her budding career.

"Fashion students spend four years working towards the graduate show and one very intensive year designing and making their collections. After a year of hard work and late nights it was surreal to actually see the finished collection worn on the night," she adds.

However while the 22 year old designer may be creating a buzz with her designs, she admits fashion wasn't always her obvious choice of career in school having been originally focused on a more "practical" profession.

And since then her climb through the fashion ranks has been nothing short of phenomenal securing internships with the likes of Danielle Romeril and London based fashion house Preen who have dressed everyone from Rihanna to Michelle Obama.

“Interning at Preen was a great experience. I spent three months interning with the company and definitely learned a lot from it. I was lucky that I had the chance to intern briefly with Irish designer Danielle Romeril while she was based in Dublin before I went to Preen in London. Danielle Romeril was a much smaller company and I was able to learn new skills from her that definitely helped me when I was with a much bigger company. I also really enjoyed seeing the differences in how a small and large fashion company work. I definitely think that interning during college is something that all fashion students should try to do even if it is not required, you learn so much from the experience,” she says.

Following her internships, Alanna returned to Limerick to complete the final year of her degree and graduate collection inspired by the life of artist Vincent Van Gogh. Her collection received high critical acclaim with fashion writers lauding her conceptual approach to her work which involved exploring the connection between Van Gogh's art, mental health and struggle with bipolar disorder.

However despite having such an impressive CV, the rising fashion star says she wants to secure as much experience as possible in the industry before setting up her own label.

“My dream role would be creative director of my own brand, once I have gained more experience of the industry," she enthuses.

And with a portfolio of such high calibre already, there is no doubt we'll be seeing more of the Clonmel native's design on the catwalks in years to come.