Honour for Clonmel 'Angel of Mercy' 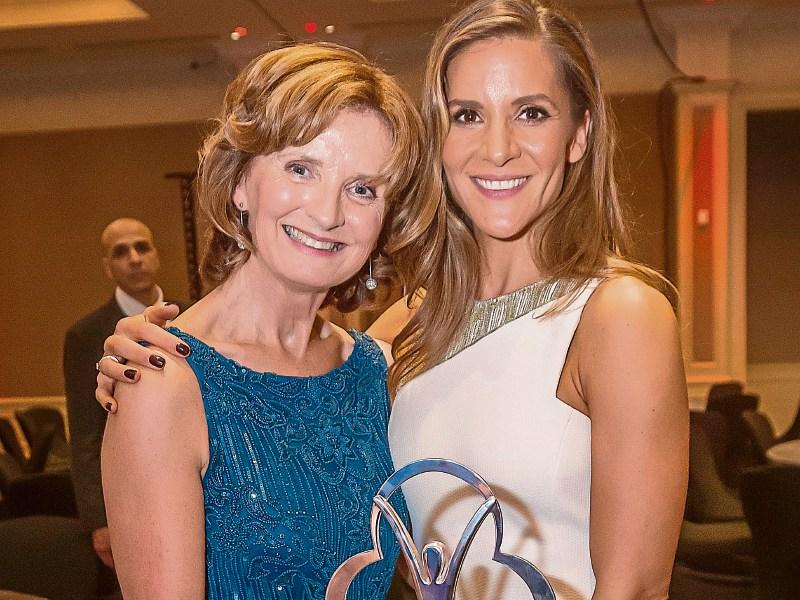 Celebrities, such as Hozier, Shay Given, Katie Piper and Sean O’Brien, shone a light on inspirational, unsung heroes behind incredible stories of courage and selflessness at the glittering gala at The Doubletree by Hilton in Dublin.

Adi (pictured with presenter Amanda Byram) won The Lifetime Achievement Award for helping tens of thousands of children affected by the Chernobyl nuclear disaster in 1986.

The big-hearted humanitarian founded Chernobyl Children International (CCI) and dedicated her accolade, presented by Raisa Carolan and Anna Gabriel whom her charity has helped resettled in Ireland, to her troop of volunteers.

“We have an army of volunteers of all ages and from all counties in Ireland. They are the lifeblood, they are the boots on the ground, and they are the frontline people who help to make it happen. They are the veins that run through the charity.

“We are like a family and I may be the mother hen but I couldn’t do anything without them.

She added: “This award is like a beacon of hope on the 30th anniversary of Chernobyl Children International. This says to the victims and survivors that the people of Ireland will never forget them.”

It was the third year of the spectacular awards, sponsored by Lidl Ireland and presented by Amanda Byram.

A special programme, to be broadcast on UTV Ireland on Sunday, September 18 at 7.30pm, has captured all the emotional moments of the event.