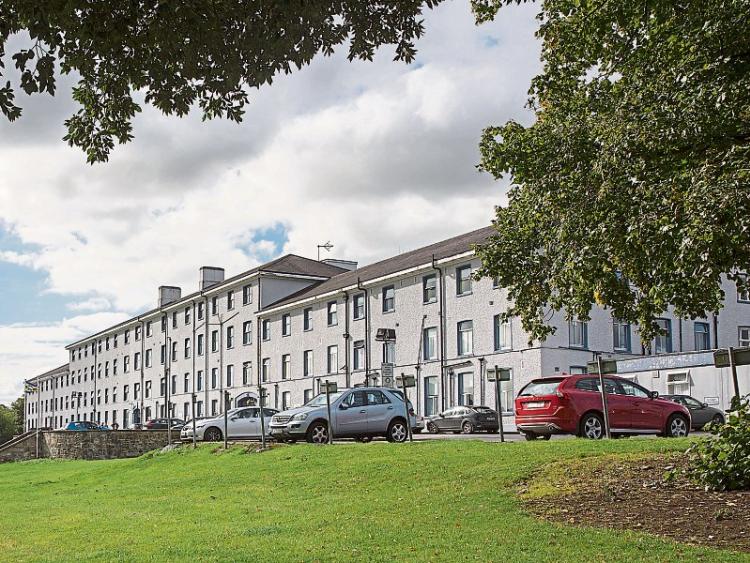 A senior consultant at South Tipperary General Hospital has warned of an overcrowding “disaster” at the hospital this winter after the HSE failed to earmark any money in 2016 year for the anticipated “patient hotel”.

Dr Paud O’Regan said that the Clonmel hospital will not be able to cope with the surge in demand for beds this winter without steps being taken to alleviate the pressure.

However, the HSE’s winter initiative published last Friday said that two options are being “considered” by the HSE to alleviate over-crowding at South Tipperary General Hospital: a “modular build extension” to the existing hospital and fitting out space in an area currently under construction.

“The HSEs examination of patient hotel type service will proceed in parallel,” the initiative states, but no money has been allocated for the proposal in this year’s budget, with €700,000 allocated for 2017.

There were hopes that a 40-bed patient hotel could be in place by late October but the HSE said in its winter initiative that it has yet to deal with “cost benefit analysis, procurement issues, and planning/construction issues” associated with the idea.

“We were confident that it would be announced in the winter initiative and had been assured by the minister of that,” Dr O’Regan said. He and consultant surgeon Peter Murchan met with health minister Simon Harris during the summer.

The hospital “hasn’t lost hope” that the patient hotel will happen, he said, but it won’t be in time for this winter.

He blamed the HSE for not making a decision on the patient hotel proposal. “Everybody agrees it’s needed but it’s the HSE that is holding it up. New ideas to them are like holy water to a vampire.”

The consultant added: “We’re facing into a disaster.”

Independent TD Mattie McGrath accused his fellow independent Michael Lowry of “irresponsibly raising expectations” regarding the assigment of a patient hotel to Clonmel.

“The Winter Initiative Plan, like most HSE documents, is high on aspirations but extremely vague when it comes to firm guarantees,” Mr McGrath said in a statement.

“Deputy Lowry in his haste to use the crisis in STGH as a means of securing a political base in the south of the county has been left looking politically embarrassed The assurance he gave that the patient hotel was a done deal, and that relief was imminent for the many suffering patients and their families who have to endure the chronic chaos in our A&E, have both regrettably fallen completely flat.”

For his part Michael Lowry, in a statement on Monday, said he spoke to Minister for Health Simon Harris last Friday about the winter initiative. “The Minister reminded me that this is the first time that a HSE officialised document has formally referenced and included a patient hotel for Clonmel,” he said.

“He stated the initiative was still in the progression stage and the Health Service Executive were committed to progressing the unit in parallel with the upcoming ‘winter initiative’.

It was originally intended to fast track this project but it is now accepted that because of the nature and scale of this modular unit planning will have to be sought and the unit subject to national procurement policy. Taking account of the preparation and planning application and the statutory times involved in the planning process we are talking in terms of 12-14 weeks. The Minister has informed me that he was concerned in that context, that we are going to miss the ‘winter bulge’ activity in the hospital.”

The constituency’s other independent TD, Seamus Healy, said the HSE’s winter initiative was “generally disappointing,” particularly regarding the need for extra beds in STGH.

“While the modular/hotel type beds proposal is included, it is not definitive and is only referred to as one of two options. These beds must be approved and delivered without delay as we approach the autumn/winter period.”

He called on Minister Harris to “formally confirm these additional beds” when he visits the hospital next month. “Should the Minister fail to do so it will be clear that the government commitment is not serious.”

Mr Healy also called on all political representatives to “rally behind” the hospital. “The last thing we need is political wrangling, point scoring and disunity.” He warned that “people power will be back on the streets of Clonmel” if the extra beds are not delivered.