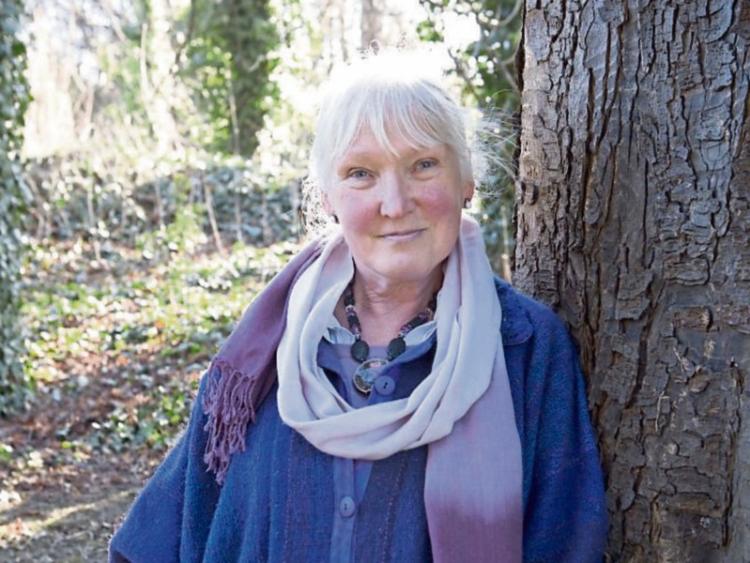 Tipperary woman Alice Leahy told a conference in Rome on Friday of how her 'Alice Leahy Trust' works to improve the dignity of those it helps.

The Fethard woman, a former Tipperary Person of the Year, was adressing a conference at the Pontifical Irish College on theme of Mercy

She mentioned how Pope Francis instructed that showers be opened in St Peter's Square for homeless people and remarked how they provide showers for the homeless in Dublin.

She said the philosophy of Alice Leahy Trust is based on two central principles - the recognition of every individual’s right to be treated as an autonomous and unique human being; and the need to restore the dignity of individuals whom society has labelled deviant and undesirable.

She told the event -

“As part of our holistic service we provide bath and shower facilities. We all know the value of feeling and looking well, often a first step to greater things – to keep an appointment, an interview, when attending a gathering with long lost family or so often when attending a family funeral.

Health care is not all about prescriptions and dressings etc. The most basic need of those we meet is access to shelter, washing facilities and clean clothes – and all can make a huge difference.

We have lobbied Dublin City Council to provide public shower facilities. We sent a submission to our then Lord Mayor Vincent Jackson in July 2006 and commissioned and architect to draw up plans for same. The submission was resent by email to all City Councillors when they were re-elected in July 2014. Ironically, one of the best-known public baths in Ireland was sold by Dublin City Council and is now home to a very expensive gym, which is located just across the road from where we are based.

Interesting to note the report in the Irish Independent on 16th August 2016 referring to Pope Francis “The day at the seaside is the latest of several papal initiatives to give succour to the homeless in Rome. Over the past year, the Pope has ordered that free showers be installed in a public lavatory block on the edge of St. Peter’s Square, beneath the great stone colonnades that embrace the piazza”.

To give you an indication of what we do let me describe a day in July over a 4hr period.

30 people attended, 17 of whom were non-Irish nationals from 8 different countries. 4 of the 30 were female. 20 had showers and 20 sets of clothes were given out, feet and skin treated, advice given and much more

During the month of July we had 439 “consultations”, ( a hopelessly inappropriate word to define our interaction with people and the time required to assess their needs); 299 showers and 269 sets of clothes were distributed.

A total of 22 new people attended in the month of July and while new to us they may not be necessarily new to homelessness. We had people from 21 different countries during the month of April. They came from Ireland, Romania, Latvia, Lithuania, Czech Republic, Poland, Slovakia, Iran, Slovenia, Malawi, Mauritius, Russia, Pakistan, Italy, Somalia, Mongolia, Syria, UK, Croatia, South Africa, USA

People came from having slept in squats, tents, hospitals, internet cafes, friends’ flats, parks, a bus, emergency hostels, various streets - some spending the night just walking around the city. Its worth noting too that some people want to hide away so as not to have to constantly answer questions as to why they are there and other personal details - [sometimes their only possession]. We keep no data on people using our service on the computer and we have raised our concerns with the Data Protection Commissioner in the past.

Many people we meet we have grown older with. Sometimes our place looks like a casualty department, as many people we work with will not go to A&E, and if they do go they will not wait, which of course poses huge problems for hospital staff.

Hospitality is important, however we are not a food centre. We provide tea and coffee, as we would welcome visitors to our own home and, most importantly, provide a listening ear. We frequently receive phone calls from members of the public about their State entitlements and on behalf of people we know who are in prison and other institutions, with no one else to call. A lot of the calls we receive from members of the public are due to their frustration with having to deal with machines rather than an actual listening person. Often family members contact us about loved ones who have disappeared. Many people we meet have no family contact at all.

The people we meet are perceived by the wider society as being different and difficult; and indeed many are difficult. They suffer from the effects of isolation, neglect and health problems, exacerbated by what are often described as chaotic lifestyles. Accessing mainstream services – often basic accommodation -- is a major problem. We meet increasing numbers of people who were ‘re-settled’ in totally unsuitable accommodation, and then find themselves homeless again, an experience that often makes them feel even greater failures and more isolated.

People present to us with a wide range of medical problems including infected and untreated minor skin conditions and major skin problems e.g. leg ulcers and gangrene; as well as lice infected heads and scabies. In addition we often meet people who are suffering from malnutrition and all of the medical conditions common to the general public but exacerbated by their living conditions. We have come across conditions long disappeared since the advent of good diet e.g. trench foot and impetigo (wild fire). There is nothing new about these medical problems, they are common to people who sleep rough throughout the developed world. These are conditions clearly associated with extreme poverty and many of the people who suffer in this way are our new neighbours from Eastern Europe, who like our own Irish who emigrated in the past, are dreaming of a better future. In addition we witness the consequences of racism which of course is two-sided and to mention this is at times difficult because one can be misunderstood. But if we are aware of this, there is an onus on us to speak out and address it.

Some people we meet cope with very serious addiction problems, including drugs, alcohol and gambling. One’s sexuality can be an issue too in spite of much publicised recent changes in legislation in our country. People we meet can suffer from despair and the pain of loneliness. They are pushed from service to service, often unable to get relief for minds at breaking point. These people are seen just as statistics in our increasingly bureaucratic world. The late John O’Donohoe, poet & philosopher wrote in his book Eternal Echoes – Exploring our hunger to belong: “The addiction to drugs is arguably one of the greatest problems facing Western society. When drugs hook you, they make your longing captive… Regardless of the presence of others who love you, the gifts that you have, the life that you could have, your life now has only one need, the drug. The longing of the addict is a craving for which he will sacrifice all other belonging… The longing determines the life. The drug has the power of a sinister God; it awakens absolute passion and demands absolute obedience… The obsessive nature of our culture come to expression in the addict. The addict is visible, tangible and vulnerable. The addict is always on the margins of belonging. We see them every day, so recognisable, women and men going through the city with dead eyes, almost zombie like and what are we as a society doing about it?

Some people we meet clearly have language difficulties and others have literacy and numeracy problems of which they are so often ashamed. We need to remember these issues create stumbling blocks for so many people not just people who are homeless. We all need to be acutely aware of the use and power of language.

Many people we meet struggle to create a sense of normality after years locked away in institutions and others who have been relocated from one institution to another eg. psychiatric hospitals to hostels, much cheaper to run but often as institutionalised and too often without the expertise required available to them. Some people who are locked in prisons they have created for themselves, often out of the frustration of not being understood or ignored. Many people who were known to us have died on the streets and many more will. The true number is impossible to gauge because very often families feel ashamed that their loved ones ended up on the streets - some didn’t even know they were homeless. The lifestyle of many who died would have been a contributing factor to their demise. A number of people we knew ended their own lives tragically and others have attempted to do so.