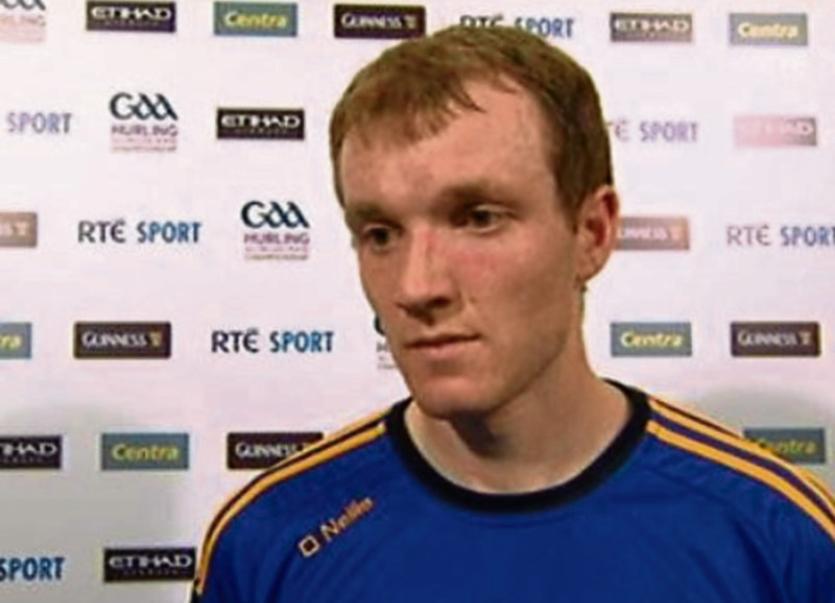 Former Tipperary Senior Hurler Lar Corbett has had a court case against his company adjourned while the Judge seeks clarity on a legal point relating to a charge of not paying appropriate tax on 23 bottles of Smirnoff vodka.

Mr Corbett appeared before Judge Elizabeth McGrath at Thurles District Court, in a contested case taken by the Revenue Commissioners in conjuction with Customs & Excise

Mr Corbett is a Co-Director of Marlstone Investments Ltd, the company which owns Coppingers pub in Parnell Street Thurles.

Marlstone Investments Ltd is charged with not paying appropriate tax on 16.1 litres of alcohol on January 29, 2015.

Solicitor Michelle O’Connell, for the Revenue Commissioners, maintained that the Vodka found in Coppingers Bar contained an alcohol level which was below the parameters as set for vodka by EU standards, and that the “appropriate level of tax had not been paid.”

Two Customs Officers, Mr Sean Moloney and Sarah Cushnahan, gave evidence that they entered Coppingers in Thurles, and detained 23 suspect bottles under Sec. 1 of the Finance Act 2001. The Officers used an “authenticator” device provided by Diageo, and visual tests, to confirm that the bottles were not genuine.

The bottles were subsequently sent for analysis to a State Laboratory and to the drinks manufacturer Diageo, which owns Smirnoff.

In an interview at the time, Mr Corbett told the Gardaí he had receipts for the bottles, and that persons employed by Coppingers, bought the bottles locally from Gleesons Wholesalers or a Carry Out.

Mr Corbett appeared in Court, but was not cross examined in the Witness Box.

Mr Colin Cushley, an expert with Diageo in identifying counterfeit goods and labels, gave evidence that the glass in the bottles was genuine, but the labels on the front were not. In his expert opinion, the labels were “not stuck on the correct way” and were “fake”.

Barrister Pádraig DeBurca, for Mr Corbett, maintained that the State had not proven beyond reasonable doubt that Marlstone Investments Ltd. had not paid the “appropriate tax”. “There was no evidence for that,” said Mr DeBurca. Mr DeBurca also maintained that the Customs Officers had failed to “seek out evidence” as their positions required them to do, by not taking samples from the two local suppliers.

In her deliberations, Judge MacGrath said there was no obligation on the Officers to take samples locally. In relation to the appropriate tax not being paid, Judge MacGrath said this issue “has not been appropriately addressed before the Court. It’s been established that it was below the level. How does this affect the charge before me? I cannot jump to conclusions.”

Ms O’Connell said it was a legal matter of a technical nature, and asked that the case be adjourned to allow her more time to show that the tax was not paid on the 23 bottles.

Mr DeBurca requested that the case be dismissed. Judge MacGrath adjourned the case until next Tuesday (Sept. 27th) for the “legal issue raised, to be dealt with by the prosecution.”