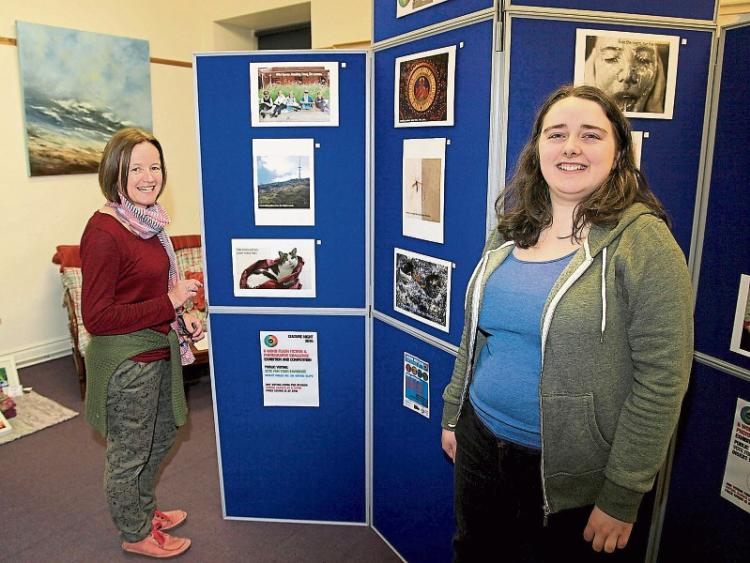 Close to 50 people enjoyed the "Evening of Poetry and Song" concert with Grace Wells, poet and novelist, and Breege Phelan, singer songwriter, and Will McLellan, songwriter and guitarist in the beautiful Nano Nagle Chapel.

The event ended with an "open mic" session for local poets, musicians and singers.

The Tudor Artisan Hub exhibited the 28 entries to its novel photography/ flash fiction six-word short story competition throughout the day and announced the prize winners on Friday night.

The entry titled "There's Still Life In Those Eyes" submitted by Anne Howard, who will be known to many young people in Carrick-on-Suir from her work with the Carrick-on-Suir Neighbourhood Youth Project, was declared the overall winner in a public vote.

Anne won a Credit Union gift voucher sponsored by Carrick-on-Suir Business Association. The Tudor Artisan Hub also ran a raffle for the public who voted for their favourite entry. It was won by Bernie Kehoe. The exhibition continues throughout this week.

Another Culture Night event at the Tudor Artisan Hub was an inter-active installation called "What Made Me", which was based on the concept of information visualisation. It resulted in the creation of an artwork by the public who visited the Hub last Friday.

There was also lots of activity over at Brewery Lane Theatre where two exhibitions were staged and three short nature documentaries, written and produced by James Byrne from Ballindysert, Carrick, were screened.

The exhibitions featured the drawings of teenage artist Ellen O'Keeffe from Whitechurch, Carrick-on-Suir and Hugh Faulkner's photos taken on his mobile phone.

Linda Fahy of the Tudor Artisan Hub said this was the third year Carrick-on-Suir has celebrated National Culture Night and they plan to mark it again next year.

She thanked Tipperary Co. Council for the funding it gave to local arts groups to stage the various Culture Night events in the town.