Appeal for information on puppies that were 'dumped to die'

Puppies abandoned on Tipperary road were 'left for dead' 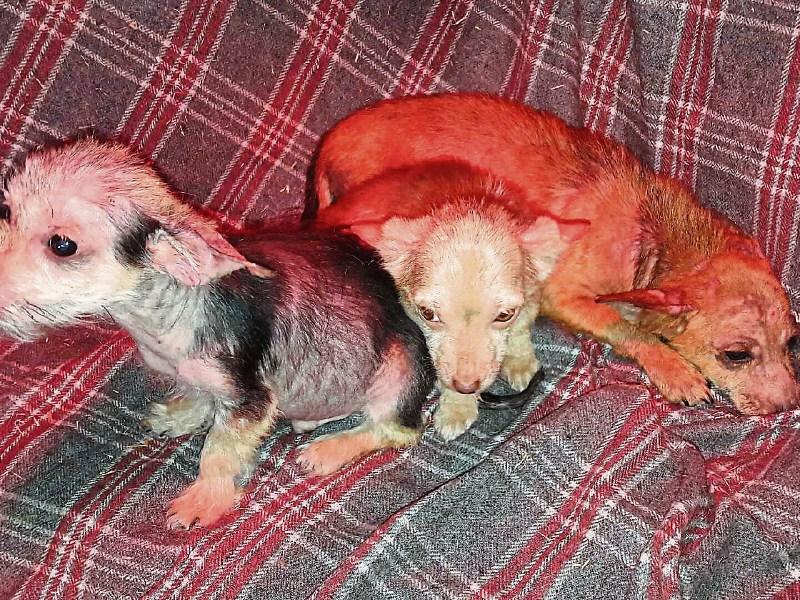 An appeal for information has been made following the discovery of three puppies that were left for dead in an old fertiliser bag on the Clonmore to Templemore road earlier this month.

The eight week old pups, all suffering from extreme cases of mange and worms, were discovered by a passing motorist on Monday, September 7 at around 10pm after the driver spotted two young puppies wandering in the middle of the road.

When the driver went to investigate further, the puppies alerted her to a third animal that was still caught in the plastic bag.

“These dogs were dumped to die”, said Tipperary Friends of Animals volunteer Bridie Bergin who is now caring for the animals. “It looks like they were dumped in a ditch and whoever did it thought they wouldn’t be able to get out.”

“We think the pups were in the bag for quite a while and that it was tied but two broke free. When the woman went over to help, the two pups ran back towards the ditch to the bag where the weakest dog was still stuck inside. It’s possible the third dog wouldn’t have been found otherwise because it was dark,” she added.

The animals are believed to be a terrier- lurcher cross, however due to the poor condition of the dogs it will be several more weeks before the exact breed can be identified. Ms Bergin also says the animal rescue centre is also highly concerned for the mother of the pups as they believe the mother would also have been in a very bad condition.

“Thankfully the puppies are now making very good progress thanks to that motorist and Brittas Veterinary Clinic; however we are still very concerned for the mother of the animals,” she said. Tipperary Friends of Animals are now appealing for anyone who may have information about these dogs to come forward. In addition Tipperary Friends of Animals are also looking for foster homes or forever homes for the puppies. Anyone interested in adopting one of the animals are asked to call Bridie on 0868133707.