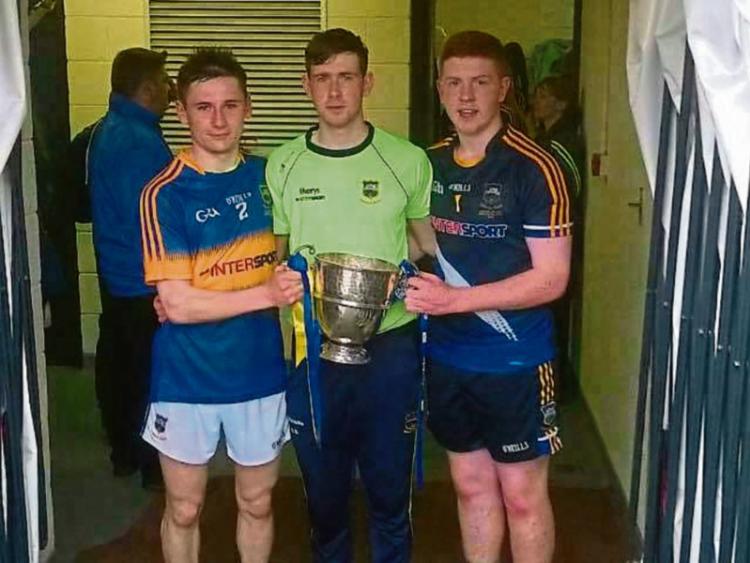 As Tipperary hurling fans know, Killenaule's Eoin Barry was on the winning All-Ireland panel which claimed The Irish Press Cup.

But, did you know that Eoin’s preschool teachers at Naionra Dhurlas Eile in Thurles could see this future success coming, as we see from a lovely story called ‘Eoin Supports his Team’ about a young Eoin Barry then aged 3 for an Early Childhood Ireland publication called the Power of Play back in 2004.

This book published by Early Childhood Ireland (then IPPA) is a collection of children’s play stories and this particular one told the story of Eoin Barry – a 3 year old boy who was besotted by hurling and in his preschool/naíonra used every opportunity, including the nativity scene, to paint, colour and otherwise produce the Killenaule team colours.

On one occasion the young, determined Eoin invited Liam Cahill, his neighbour and former Tipp All-Star, in to visit his friends in the naíonra and stands beside him bursting with pride. Fast forward and Eoin has won an All-Ireland medal playing for the Tipperary minors under the management of that same Liam Cahill. Who could have predicted that?

Well, according to Dr. Carmel Brennan of Early Childhood Ireland, “We could have predicted it! You see it all starts in early childhood and shows through in children’s play. Quality early years education, that is child centred and play based, nurtures a deep level learning and passion for future years for future stars like Eoin. What is really evident in this story is that sense of ‘belonging’ and connection with the wider community and how it contributes to wellbeing, security and identity. This story is all about community and the preschool leaders are promoting and encouraging that sense of community.”

It's a theme endorsed by Eileen Ryan of the Naoinra who told The Tipperary Star that she is very proud of all her past pupils - Conor Stakelum, who was also on that minor panel is also a past pupil as is last year's minor Cathal Moloney, and current senior panelist Stephen Cahill.

The story was published again by Early Childhood Ireland to remind families about the power of play and the power of the preschool curriculum and in Eoin's case the dream became a reality.

“Eoin painted everything in red and green for Killenaule. Sarsfields were playing Mullinahone in the county final of that year and we had the kids making and wearing blue and white headbands - Eoin was having none of it and wanted to wear the red and green of Mullinahone because it was his neighbouring parish. He was just so into hurling and so aware of what was going on. He painted the nativity scene in red and gold, and when we played with peg boards it had to be red and yellow against blue and white for Sarsfields, because Killenuale were meeting Sars' in the county u-21 final that year,” Eileen said.

So, dreams do come true, but according to Early Childhood Ireland, it is by fostering and nurturing childrens' interests and passions, whatever they may be, that they develop, grow and learn. That has certainly been the case with this fine Tipperary hurler.