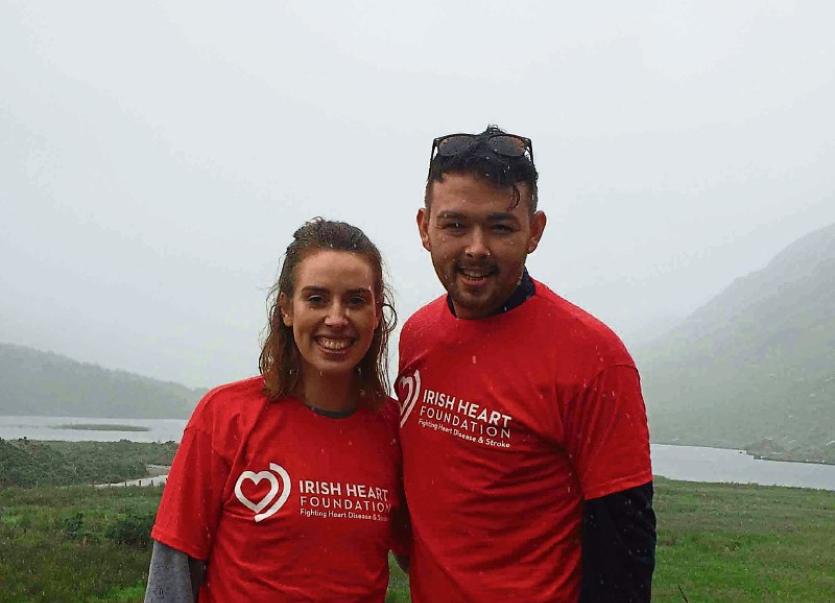 A local woman says she is “very excited” about trekking to Everest Base Camp in the coming months in aid of the Irish Heart Foundation’s Stroke Campaign.

Past Scoil Mhuire Carrick-on-Suir student Kathryn O’Dwyer and her friend Charlie Finnegan from Kilkenny are funding the cost of the trip themselves, with all money raised going directly to the national charity.

“We literally agreed to do the trek within five minutes of talking about it. It was very out of the blue,” Faugheen’s Kathryn tells The Nationalist.

As part of their fundraising endeavours, they will host a dinner dance at Hotel Kilkenny tomorrow, Saturday 24 September, at 7pm.

Kathryn says the Irish Heart Foundation (IHF) have been very helpful in organising the once in a lifetime trip and she hopes they can raise awareness for their stroke campaign.

“We're constantly online looking it up and reading blogs. Our contact in the IHF has done it before, so is giving us loads of information about the trek and what to expect,” 23 year old Kathryn continues.

Past Newtown Upper National School pupil Kathryn says she has been in the gym in Carrick-on-Suir working on her leg muscles ahead of the expedition.

“We’ll be trekking for eight hours a day for at least 14 days and it's going to be physically intense,” she forecasts.

“The bigger challenge is acclimatization. We have to spend at least two days in Kathmandu getting acclimatized before the trek. People suffer from sickness and bad headaches because of this. That's the main reason the trek takes so long as there will be 50% less oxygen at Everest Base Camp,” she explains.

Tickets for the charity dinner dance are €50 each, which includes a cocktail on arrival, a four course meal with wine, music, entertainment and a raffle with locally sponsored prizes. Tickets can be bought at Hotel Kilkenny reception. You can also donate at https://www.gofundme.com/2h5spac.

“All funds raised will go to the Irish Heart Foundation's Stroke Campaign to help raise awareness of symptoms, improve services and give vital support to people and their families affected by this sudden illness. Any support or donations will be gratefully appreciated,” Kathryn adds.

Pictured above is Kathryn O’Dwyer and Charlie Finnegan.