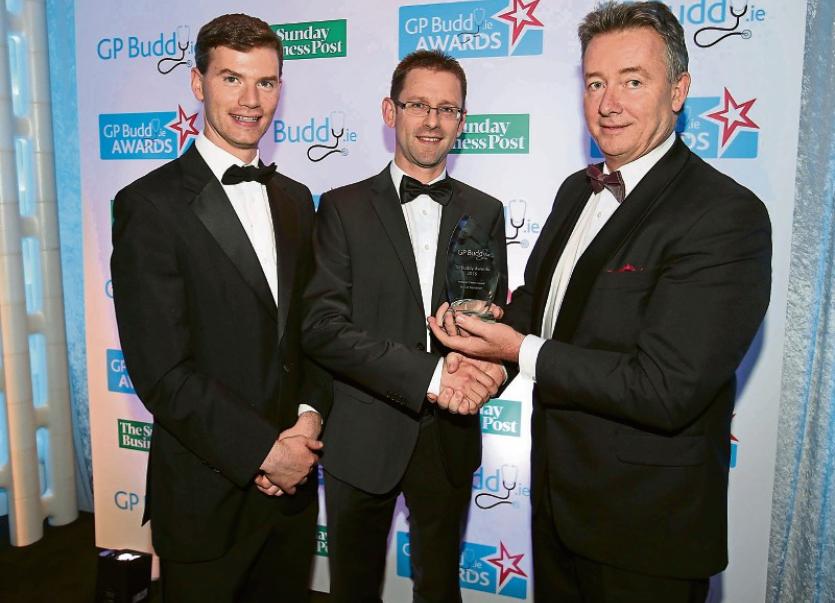 Dr Iver Hanrahan from Kyle Court Clinic, Old Davitt Street, Tipperary was awarded with the Patients’ Choice Award at the first national GP Awards on Thursday (Sept. 15th). The Award winners were announced by celebrity doctor Dr Pixie McKenna at a glittering ceremony in Dublin’s Shelbourne Hotel hosted by GPBuddy.ie, the most widely used online resource for GPs in Ireland. The Awards ceremony was officially opened by Minister for Health, Simon Harris, T.D. Over 270 people across the healthcare sector attended the GPBuddy Awards ceremony to recognise the achievements of healthcare professionals. Dr Iver Hanrahan was nominated by patients for his “caring and dedicated manner and also his commitment to mental health issues. He is described as ‘going above and beyond the call of duty and gives time to his patients, always seeing the bigger picture.”