Next step is the Miss World contest in Washinton DC 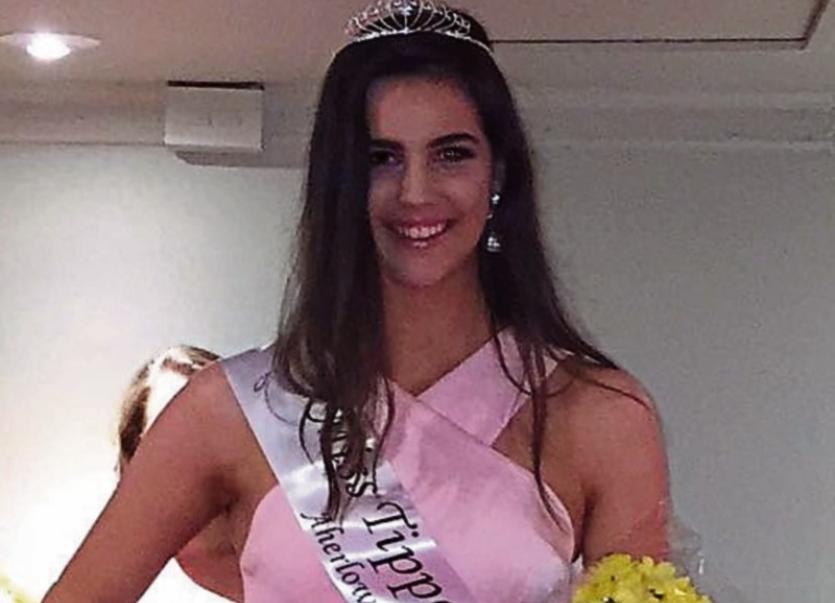 Beautiful Niamh Kennedy from Tipperary is the new Miss Ireland.

The stunning 20-year old, crowned Miss Tipperary earlier in the year, added the Miss Ireland title at a glitzy ceremony in Dublin on Friday night.

Niamh is from Nenagh and has been working as a waitress in Larkins Restaurant in Portroe.

Her hobbies include ballet which she has been doing for ten years while she is a competitive swimmer and plays basketball.

Niamh will now represent Ireland at the final of Miss World in Washington DC on December 19th. She will fly out in advance on November 27th.

She will also receive a lucrative modeling contract and a host of prizes including clothes, a

Niamh was crowned Miss Ireland in association with Bellamianta Luxury Tan at a formal black-tie ceremony in Dublin's Crowne Plaza Hotel in Northwood.

The ceremony was one of the most impressive social events of the year with celebrity hosts TV3's Elaine Crowley and Stylist Brendan Marc Scully. First runner up was Miss Hairitage Aoife McGrane and second runner up was Miss RSVP Magazine Leanne Gray. The sparkling highly choreographed show featured stunning fashion showcases and an eclectic mix of music and entertainment.

beauty, poise and personality to take part in the competition. This year's

Leading up to the final, the Irish bombshells endured a six-week-long

schedule of events, including the Miss Ireland Sports Challenge in Sligo;

Fashion Show as part of the Dublin Fashion Festival, and finally, the

Make-up and Beauty Masterclass at Vanity X in Swords.

Conceived in 1947, Miss Ireland is the longest running beauty pageant in the

world and counts a host of famous faces among its previous title holders.

Michelle Rocca came in as second runner-up at Miss International 1981;

got into the Top 10 at Miss Universe 1985; Clonmel's Andrea Roche achieved the same