Bishop Monahan asked to lead his people with energy and vitality

Packed Ennis Cathedral rejoices with the arrival of the new leader 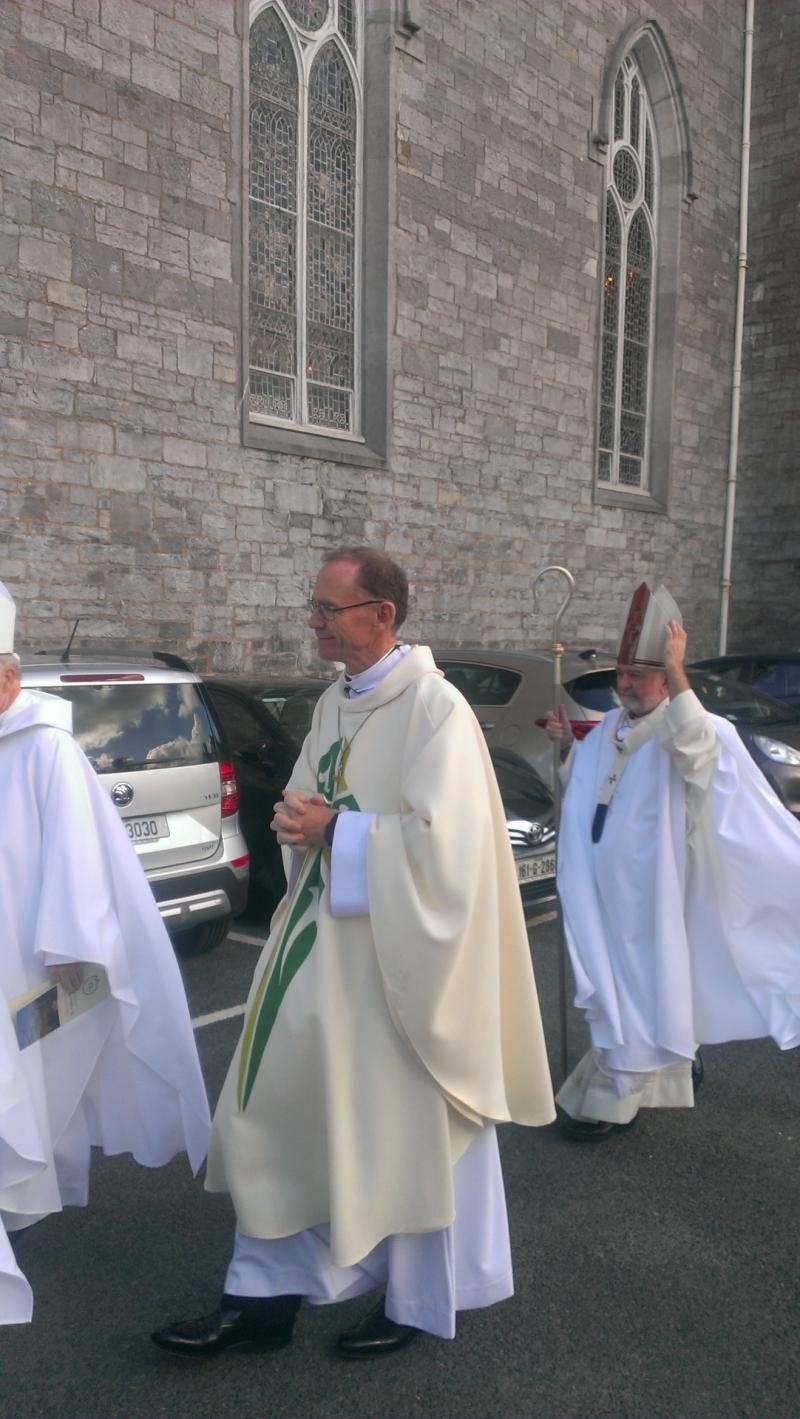 Bishop Fintan Monahan, in the presence of his parents Tom and Peg, was ordained by Archbishop Kieran O'Reilly, his predecessor, and current Archbishop of Cashel and Emly.

Bishop Fintan Monahan was Ordained Bishop of Killaloe in Ennis Cathedral this afternoon and promised to lead the Church in the diocese which includes fifteen Tipperary parishes.

Ordained by his predecessor and current Archbishop of Cashel and Emly, Archbishop Kieran O'Reilly, Bishop Fintan said that he is still getting over the shock and surprise of being chosen by Pope Francis to lead the diocese.

However, he was warned by Canon Brendan Kilcoyne, PP Athenry, who gave the Homily at the ceremony, that the Church in the diocese, and in Ireland, is 'tired and exhausted' and in need to renewal and refreshing.

Accompanied by his parents Tom and Peg, his sister Caitriona, brother Sean, brother-in-law Dominic, family and friends, Bishop Fintan was presented with his ring, mitre and crozier before being greeted and welcomed by his bishop colleagues.

The celebrations continued in Ennis for some time afterwards  as the 60th bishop of the Diocese of Ennis was congratulated and welcomed.