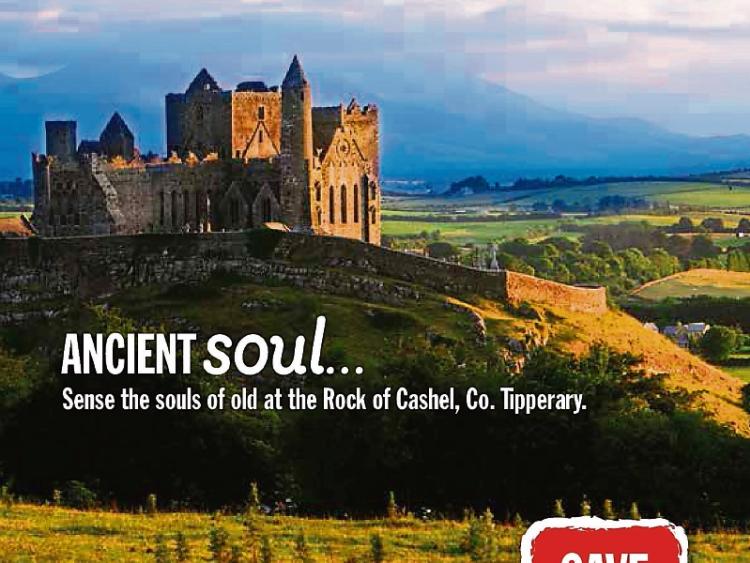 The majestic Rock of Cashel features in a new tourism promotion in Britain.

Tourism Ireland has teamed up with Stena Line to promote car touring holidays around Ireland and the beautiful scenery around Cashel has been chosen to entice our neighbours.

The campaign will reach about 20 million potential British holidaymakers, inviting people to “Drive to Ireland and bring your senses to life”.

It will highlight some of the many great places to discover here, including the Rock of Cashel and Ireland’s Ancient East.

The campaign includes: ads in national British newspapers, including titles like Metro Scotland, Manchester Evening News, Liverpool Echo, The Sunday Times and the Daily Mail, as well as in regional newspapers – which will be seen by an estimated 6.3 million readers; radio ads which will reach an estimated 8.3 million listeners; and online ads on popular sites, including Facebook.

Great Britain is an extremely important market for tourism to the island of Ireland and there has been very good growth in British visitor numbers this year. The most recent CSO figures for January to July show a +16% increase.