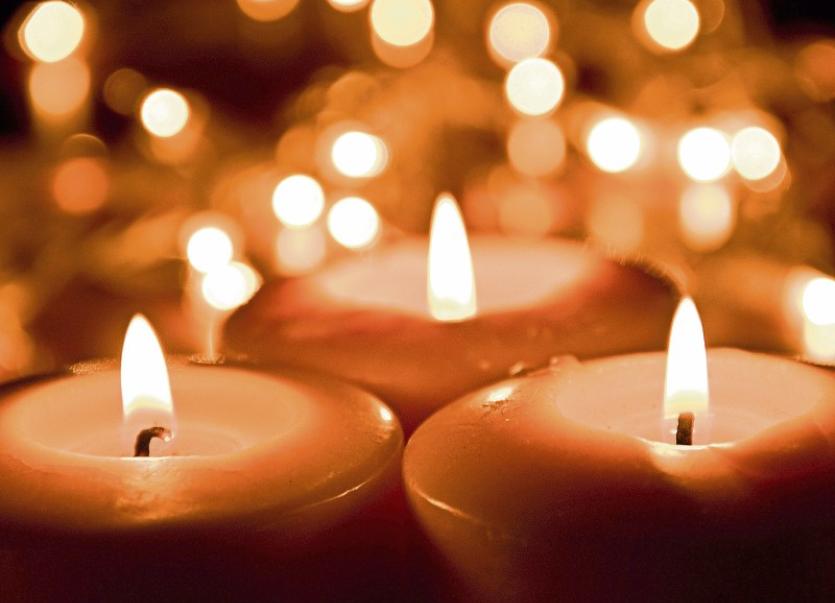 Reposing at Condons Funeral Parlour on Saturday from 5.00pm to 7.30pm. Removal on Sunday to SS Peter & Paul’s Church. Funeral Mass on arrival at 12.30pm followed by burial in St Patrick’s Cemetery.

The death has occurred of David Alfred (Alfie) Moloney, Drangan, Co. Tipperary, and formerly of The Four Provinces and Ex-Building Contractor, on 29th September 2016 peacefully surrounded by his loving family in the wonderful care of The Staff at St. Brigid’s District Hospital, Carrick-on-Suir.

Reposing at his son PJ’s residence, Newtown, Drangan on Saturday from 4pm to 8pm and on Sunday from 4pm to 7pm followed by prayers. A private cremation will take place on Monday. Family flowers only, donations to St. Brigid’s District Hospital, Carrick-on-suir, Co. Tipperary. House private on Monday am please.

Reposing at Ryan's Funeral Home, Nenagh, Saturday, from 4pm to 8pm. Remains arriving to St.Mary's of the Rosary Church, Nenagh on Sunday at 12 noon followed by Requiem Mass at 12.15pm Burial afterwards in Lisboney new Cemetery. Donations in lieu of flowers, if desired, to The Oncology Unit at Portiuncula Hospital, Ballinasloe. House private please.

Reposing at Ryan's Funeral Home, Nenagh, Friday, from 5.30 o'c with removal at 7.30 o'c to arrive at Our Lady of Lourdes Church, Silvermines at 8 o'c. Requiem Mass on Saturday at 11 o'c followed by burial in Killinaeve Graveyard.

Mass in the Oratory of Sue Ryder House on Monday 3rd October at 11 a.m., followed by cremation at 3 p.m. in The Island Crematorium, Ringaskiddy, Co. Cork.

The death has occurred of Theresa McKenna (née Wrafter), Abbeyville, Lorrha, peacefully in the love and care of all the staff at Bushy Park nursing home Borrisokane. Deeply regretted by her loving sisters Phyl, Annie, Breda, Cathy and Maisie, brothers Michael and Pat, neices, nephews, cousins, relitaves and friends.

Remains arriving to Lorrha Church this Saturday morning for Funeral Mass at 11`oc. Interment in London at a later date.

The death has occurred of Gerry (Ger) McNamara, Ard Cruidin and late of St.Josephs Park, Nenagh, peacefully at home. Predeceased by his beloved mother Agnes. Deeply regretted by his loving wife Trish. Will be sadly missed by his father Gerry and his sisters Breda (Doyle), Linda (Ryan) and Cathriona (Dunne). Aunts and Uncles. Brothers-in-law, Sisters-in-law. His good buddy Philly. Nephews, Nieces, relatives, neighbours and many friends.

Reposing at Ryans Funeral Home, Nenagh this Sunday from 4pm to 6pm. Remains arriving to St. Mary's of the Rosary Church, Nenagh on Monday for Funeral Mass at 10am followed by Service and Cremation in Mount Jerome Crematorium, Harolds Cross, Dublin at 1.30pm. "Donations in lieu of flowers if desired to Milford Hospice" "House private Please"