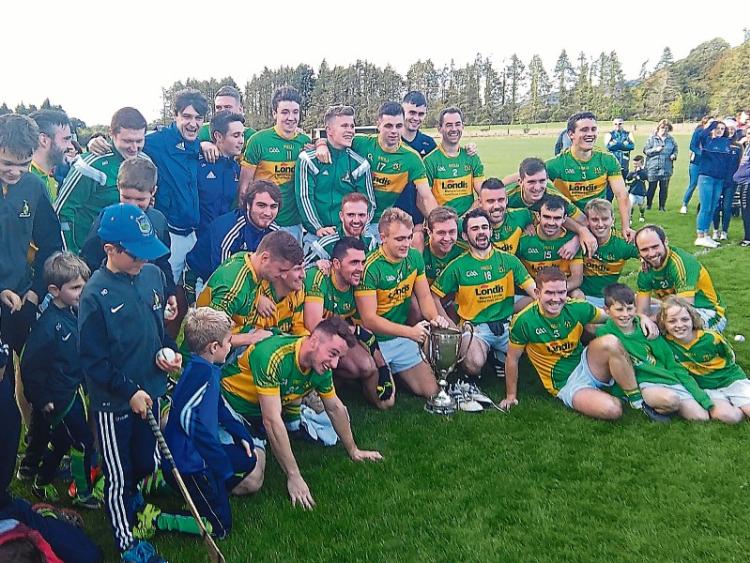 Reigning County and Munster champions Clonmel Commercials added the South Tipperary crown to their roll of honour with a facile win over Cahir in the senior football final at Kilsheelan on Sunday.

Even without the injured Michael Quinlivan - named on the RTE Sunday Game team of the year on Saturday night - the Clonmel side carried too much firepower for a disappointing Cahir.

Quinlivan is carrying an ankle injury and wasn't risked before the county championship where Commercials will be bidding to retain their title.

The Commercials players are pictured celebrating after receiving the Clonmel Oil Cup.

In Quinlivan's absence it was Jack Kennedy who stepped up to the plate and he put in a match of the performance that marks him out as a star of the future.

Commercials had lost the last two South finals but they were never in danger of an unwanted three in a row as they dominated from the start.

Kennedy put them on their way in the first minute when converting a penalty and by the 13th minute they were 1-4 to 0-1 ahead.

Cahir's best chance of a goal came from the impressive Jonathon McMahon but his shot was brilliantly saved by Commercials keeper Paul Nolan.

Liam Casey was putting in a big effort for Cahir around the middle of the park but they were making few inroads upfront and by half time Commercials led 1-6 to 0-4.

It was all Commercials in the second half, outscoring Cahir by nine to two. Jack Kennedy continued to lead the way upfront while at the back Tipperary hurling hero Seamus Kennedy dominated his area and also managed to come forward to shoot a fine point.

With six minutes to go Cahir had a chance to get back into the game when awarded a penalty. However Paul Nolan not only brilliantly saved the kick but also the follow up to deny Cahir. Commercials broke quickly and Kevin Fahey kicked a point to end the contest.

Commercials were happy to win the contest and as captain Kevin Haraney accepted the Clonmel Oil Cup, they are already looking forward to bigger tests ahead.

Cahir will be disappointed they didn't present a bigger challenge despite spirited displays from Robbie Costigan, Mikey O'Connor, Liam Casey and Jonathon McMahon.