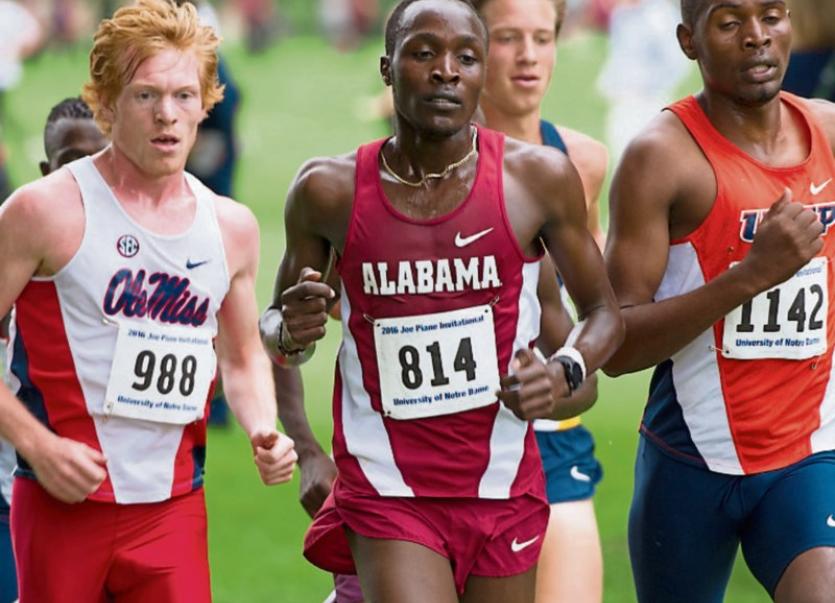 Clonmel athlete, Sean Tobin, currently on an athletics scholarship at Old Mississippi State University in the US recorded a great individial win on Friday last.

The Clonmel Athletic Club member won the Joe Piane Notre Dame Invitational when competing in cross-country for his college at the South Bend, Indiana, venue.

The No. 20 Ole Miss men's cross country team surged to a breakthrough performance by winning the biggest meet of the weekend, the Joe Piane Notre Dame Invitational.

Led by junior Sean Tobin's individual victory, the Rebels claimed first out of 25 teams in the 5-mile race, beating out fellow ranked opponents No. 18 UTEP, No. 9 Eastern Kentucky, No. 24 Washington State, No. 23 NC State, No. 30 Texas and No. 30 Florida State, as well as fellow SEC teams Texas A&M (14th place) and Alabama (17th place).

Tobin surged late for his big win with a time of 23:31.9, three seconds faster than runner-up George Parsons of NC State. He was followed by senior MJ Erb who finished fourth overall with a 23:52.0 mark in his first race of the season, despite losing his shoe and having to stop to put it back on at the 800-meter mark of the race. The Rebels finished with four runners in the top 25, the most out of any team.

Senior Robert Domanic came in 14th-place to give Ole Miss a 19-30 lead over UTEP through three runners. Senior Wesley Gallagher finished 24th (24:10.8) and juniorMark Robertson 40th (24.23.2) to round out the Ole Miss scorers.

The Rebels will be back in action October 14, when they head off to two meets. One group will travel to State College, Pennsylvania, to run in the Penn State National, and another group will head to Tuscaloosa, Alabama, for the Crimson Classic.