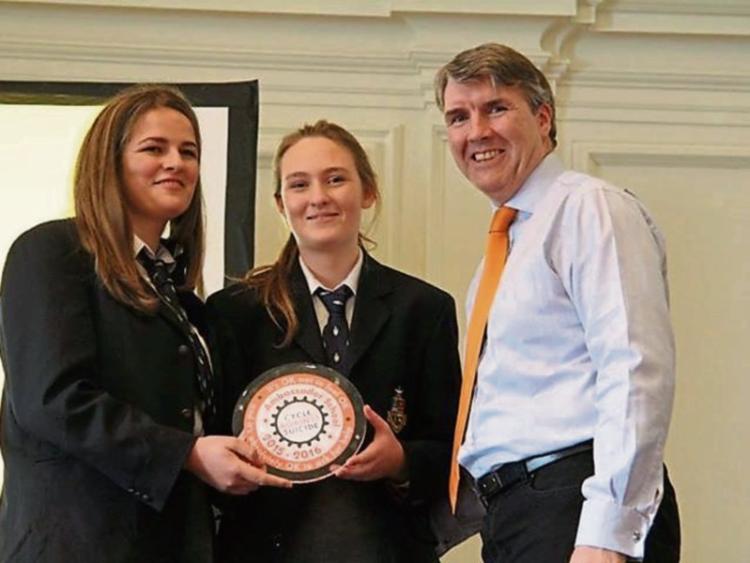 Rockwell College was recognised and awarded for its involvement in the Cycle Against Suicide initiative at a ceremony in the Royal Hospital Kilmainham, Dublin, on Friday 23 September.

The college was represented by fifth year pupils Claire Bennett and Orla Cashman, who received the award from Ombudsman for Children Dr. Niall Muldoon. The award recognises the attaining of ambassador status by Rockwell College last year, thanks to a number of positive mental health initiatives developed and promoted by transition year students.

The event was a particularly important day for Claire Bennett who was one of just 15 young people selected last year from across 84 participating schools to form the leadership cohort for 2016-17. The leadership group met during the summer to devise the theme for this year’s programme and the theme ‘Sharing the Journey’ was announced at the Kilmainham event. In addition to receiving ambassador status, Rockwell College will also take the role of Anchor School this year, supporting the cyclists taking part in the national cycling event in early May 2017.

Pictured above are Rockwell College students Claire Bennett and Orla Cashman receiving the award from Dr. Niall Muldoon, the Ombudsman for Children.