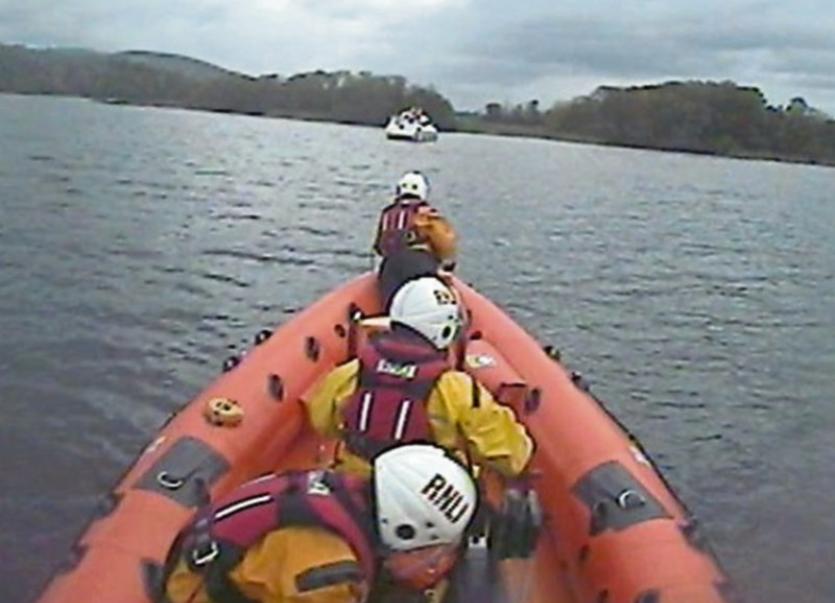 Lough Derg RNLI rescued four people from a cruiser that ran aground in the lake this Tuesday.

At 1.31pm on October 4, Lough Derg RNLI Lifeboat was requested to launch by Valentia Coast Guard to assist four people after their 34ft cruiser ran aground by the Scilly Islands on Lough Derg.

At 1.39pm, the lifeboat launched with helm Ger Egan, Lian Knight and Delia Ho on board. Winds was east-southeasterly, Force 3. Visibility was good.

The lifeboat located the vessel at the junction of Scariff Bay and Parker’s Point at 1.54pm. The four people on board were safe and unharmed and wearing their lifejackets.

Once the lifeboat was satisfied the vessel was not holed, it was taken off the rocks and into safe water.

The cruiser continued its onward journey once drives and rudder were found to be undamaged and in good working order.

Peter Kennedy, Deputy Launching Authority at Lough Derg RNLI Lifeboat, advises boat users “to bring charts with you and know the areas close to shore and islands marked as un-navigatable, particularly as water levels are low in the lake at the moment.”