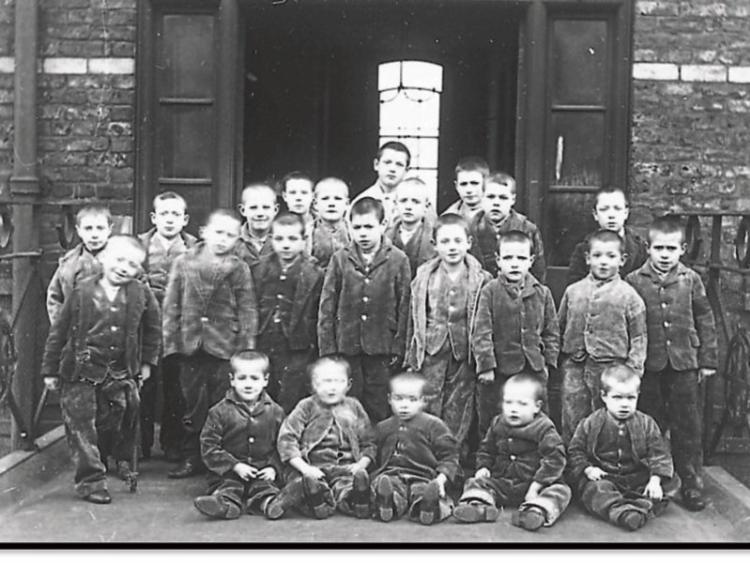 In 1842 two brothers left Clonmel on foot with their parents.

The family walked to Dublin with a plan of emigrating to Sydney in Australia to escape the desperate poverty and the great Famine that was just starting to sweep though the country - but for some reason their parents abandoned them in Dublin and they made the arduous journey back to Tipperary alone.

Patrick and Thomas Saul were 15 and 13 years old.

On the way home the brothers, who must have been exhausted and desperate, presented at Kilkenny Union Workhouse and asked for a few day’s shelter, before resuming their journey.

Here is a passage taken from the Kilkenny Journal dated 25th June 1842.

"There was one case of peculiar interest. Two fine intelligent lads (brothers), who applied for temporary admission said they were on their way from Dublin to Clonmel. Their names were John and Patrick Saul, aged 15 and 13 years. They stated that they had left Clonmel with their parents for the purpose of going to Sydney; but, that they were deserted by them in Dublin, and left to wander through the streets. They wished merely to rest for a few days and then proceed to Clonmel where they had relations who would take care of them. The artless manner in which they told their simple plate, seemed to affect every person present.

The human stories from the Kilkenny famine workhouse minute books that have emerged as a result of painstaking research by Dr. Jonny Geber have been heart-breaking.

Now, 174 years on a group of interested individuals from MacDonagh Junction Shopping Centre, which is situated on the site of the former famine workhouse, are trying to find these boys.

Did they survive the famine? Do they have descendants? How wonderful it would be to discover their great, great grandchildren are alive. Can you help to trace this family?

A social media campaign has been launched in an attempt to find them. If you are interested in helping or know people with the Saul name please contact Marion Acreman, Centre Manager, MacDonagh Junction at marionj@macdonaghjunction.com phone 056 7777600 or go to the Centre’s social media pages and drop them a line.

The Centre has huge famine history with the discovery of 875 people in unmarked burial pits on the site when it was being developed, ten years ago.

This discovery is the largest ever to be examined and the subsequent research and findings are described as the most significant discovery in the world relating to the Irish Famine.

The remains have been reinterred at a memorial site beside the Centre in its Famine Memorial Garden in Goods Shed Square.

While remembering the thousands that died there it would be wonderful to find that these boys in fact survived and that their family is out there.

Kilkenny Union Workhouse was the fifth largest in Ireland in the mid 19th century and at one point, during the the height of the Famine in 1851, accomodated a staggering 4,357 men, women and children.

Parts of the original worhouse buildings still stand as part of McDonagh Junction.