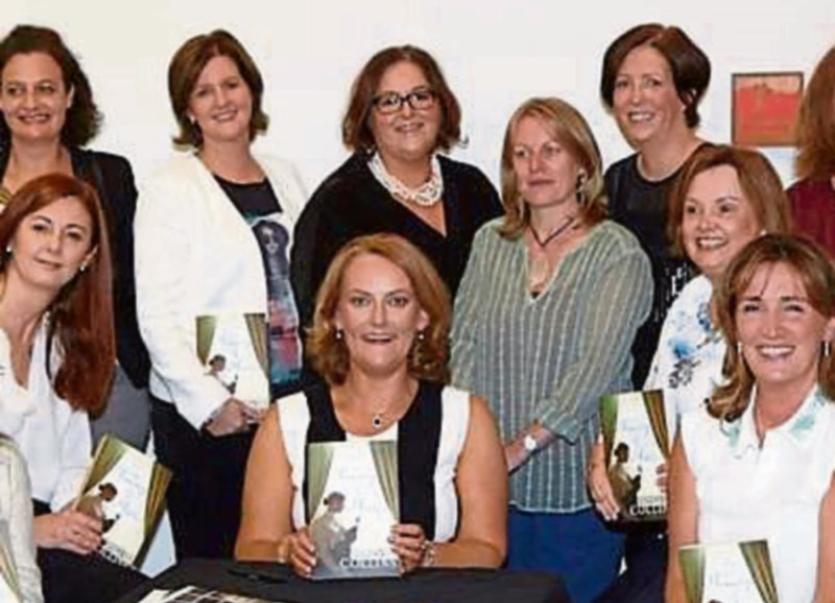 A debut novel by a Thurles native, which tells the story of one Irish family spanning 100 turbulent years, 1916-2016, was launched recently in the Source Theatre in Thurles.

Olive Collins, daughter of Mary and the late Garda Dan Collins of Moyne Road, draws from her experiences to write about the varied women who feature in her novel, 'The Memory of Music' which is seen through the eyes of five generations of Irish women.

Born and educated in Thurles, Olive studied chemistry and worked as a lab tech for a few years. She has enjoyed careers in banking, secretarial, marketing and advertising and is a seasoned traveller.

Rather than choosing the role of motherhood and marriage, Olive’s interests gravitated towards adventure and travel, her desire to experience life in all its varied colours was further ignited by her love of books.

At a young age she realised that children would restrict her pursuits and independence. She travelled alone through parts of the middle-east (Jordan, Egypt, and Israel).

When she found herself penniless in Tel Aviv she turned her hand to plastering on a construction site.

In Ein Gedi by The Dead Sea in Israel she worked with Orthodox Jewish Women and later worked with the Palestine women in the kitchens of Tel Aviv. In Thailand she narrowly escaped the tsunami. After returning from living in Israel, Olive fell into a job in media.

For the last 15 years, she has worked in advertising in print media and radio. Olive still enjoys exploring other cultures and countries, her favourite is Cuba.

She was always interested in women’s issues and captivated by their resilience, their choices and the ideals of happiness they pursued. Like the characters in her novel, there is acceptance and retaliation in all spectra’s of society.

The 'Memory of Music', which was launched by Michael Doorley, tells the story of Betty O’Fogarty, a proud and clever woman.

Spurred on by her belief in her husband Seamus’s talent as a violin-maker and her desire to escape rural life, they elope to Dublin. She expects life to fulfill all her dreams.

To her horror, she discovers that they can only afford to live in the notorious poverty-stricken tenements. Seamus becomes obsessed with republican politics, neglecting his lucrative craft. And, as Dublin is plunged into chaos and turmoil at Easter 1916, Betty gives birth to her first child to the sound of gunfire and shelling.

But Betty vows that she will survive war and want, and move her little family out of the tenements. Nothing will stand in her way.

One hundred years later, secrets churn their way to the surface and Betty’s grandchildren and great-grandchildren uncover both Betty’s ruthlessness and her unique brand of heroism.

'The Memory of Music', Olive's first novel, is a fascinating read as it takes the audience through the turbulent events of a decade ago to the present time.

It relives the horror of war, the impact that it had on one family and the determination of the one woman to make a better life for herself and her family.

To celebrate Olive's debut novel the Tipperary Star is giving away copies of the fantastic 'Memory of Music' to five lucky readers in conjunction with Poolbeg Press. To be in with a chance of winning your very own copy simply like the Tipperary Star on Facebook. Closing date October 21st.