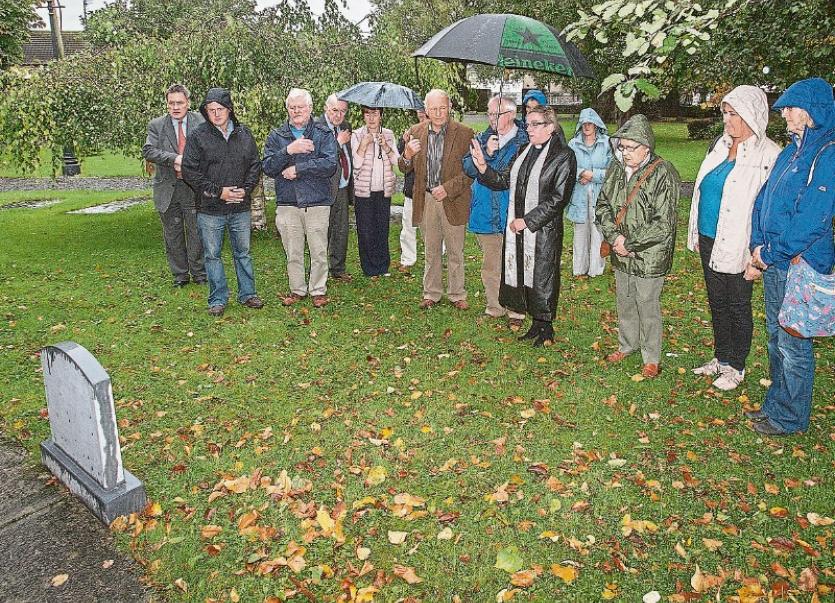 Canon Barbara Fryday blesses the gravestone erected in memory of Sonny Cash and his family.

A special blessing service marked the erection of a gravestone at the resting place of pioneering Carrick-on-Suir photographer Robert “Sonny' Cash”, who tragically lost his life in a house fire 100 years ago.

The memorial to Mr Cash and his family was unveiled at the family's burial plot in the cemetery surrounding Carrick-on-Suir Heritage Centre off Main Street.

Sonny Cash, who chronicled the life and times of the people of Carrick-on-Suir and its hinterland a century ago, died tragically in a fire at his home and studio on Carrick's Main Street in 1916

His mother and brother also died in the blaze.

On a wet and windy evening, members of the Sonny Cash Memorial Committee gathered with Canon Barbara Fryday, Rector of Clonmel, at the newly erected headstone marking the Cash family grave.

Canon Fryday delivered a short service and blessed the grave.

Afterwards in the Heritage Centre, sponsors of the project, committee members and relatives of the Cash family enjoyed time to talk and mingle and viewed the exhibition of Sonny Cash's surviving photographs on display at the Centre since May.