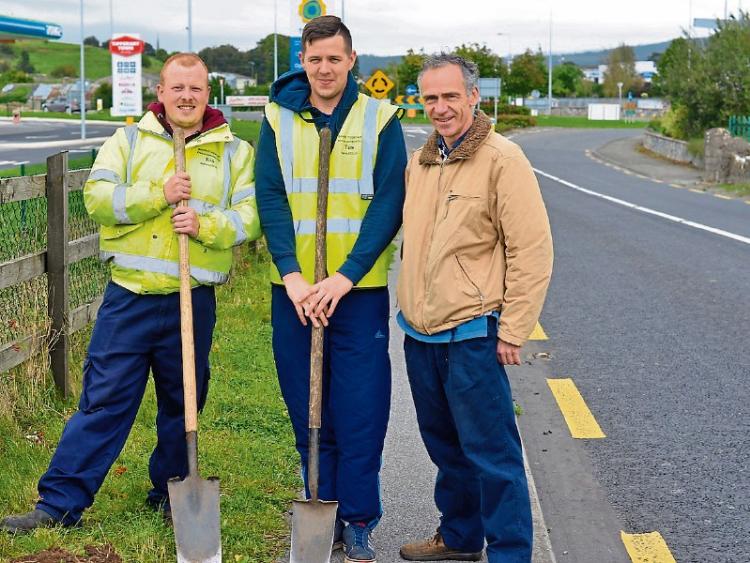 The Tipperary Town Tidy Towns committee is celebrating a rise of 8 points in this year’s National Tidy Town competition. It is largest rise in marks in any one year for over ten years.

Chairman Brian Rafferty is delighted with the recent results and believes the increase in points is primarily down to a significant rise in engagement all round the community and with the council.

“We concentrated on a number of factors and also engaged more with community groups and we had greater engagement with the council outlining our vision and working with them to fund and implement our visions on an annual basis. For example the installation of two more ‘Welcome to Tipperary Wells’ and when the Tidy towns funded replacement trees in the Main street the council assisted with men and machines to plant them. We also obtained in agreement with the council on listing derelict buildings by way of dereliction orders.”

Tipperary town Tidy towns believe their success is also had a better 3-year plan that concentrated on slowing down their development and concentrating on quality. There was also a greater and continuing engagement and support from Tidy Towns for the residents network with more coordination with Three Drives Community Centre and Knockanrawley Resource Centre.

“This year there was a better supply of information to the Tidy towns judge about what happens around the town, particularly under the sustainable waste category and a further campaign for more volunteers for cleanups. All these factors helped us gain the 8-point rise that is a huge boost to us and the town,” added Chairperson Brian Rafferty. “The 1916 commemoration plan, which is currently being created in the Tipp Hills on the 18th fairway area, went down well and also a greater engagement and better planned actions with the schools through Birdwatch.”

The Tipperary Tidy towns volunteers achieved a huge amount of work in key areas around the town including: cleaning all approaches to the town and especially the Limerick approach road, the roundabouts at Dundrum road Rossmore, Donohill and Halroid Jones on station road and the cleaning of the Emly Road bridge.

There was also work on the Cashel Road at Croagh hill with a ‘Welcome to Tipperary Well’ installed, more bulbs being planted and a clean up at the graveyard and approach.

“There was a general maintenance around the town and small projects were implemented by certain residents groups most notably Dillon St and O'Connell road who developed a garden in a dump in a back lane,” added Brian. “The Glenview residents upgraded the area around the soccer pitch, the Plots upgraded a back fenced area, the Three Drives redeveloped their biodiversity space and there was planting and maintenance of the Hills town park by Tidy towns.”