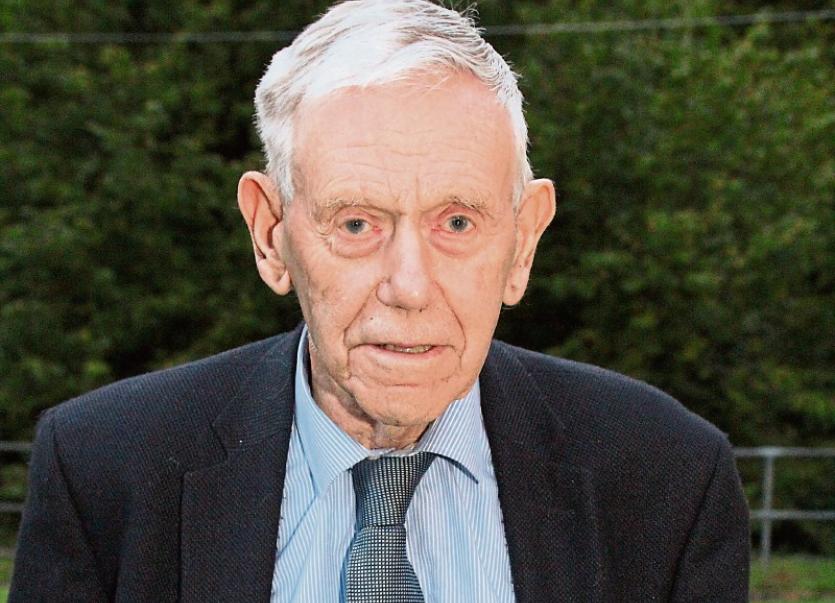 A bachelor farmer who has been coming to Lisdoonvarna for 70 years is still hopeful he will meet the ‘one’.

Mick Burke, 92, a sheep farmer from Borrislea in County Tipperary first came to Lisdoonvarna with his mother in 1946, when he was 23 years old.

“I fell in love with the atmosphere, the music and the dancing and of course the women. After that I was hooked and have been coming back every year since, still hopeful I will meet someone.”

“I never married. I had a lot of lucky escapes. I fell in love with several women I met in Lisdoonvarna. I used to go home with a pocketful of phone numbers – this was my fodder for the winter! I would go out on dates and to dances but had no notion of getting married.”

“I had a few girlfriends over the years; once I was going out with a girl at home but I broke it off before I went to Lisdoonvarna – when I came back that was the end of that relationship.”

“Back then, Lisdoonvarna and the month of September were known as the farmer’s holiday – lots of bachelor farmers would come looking for a wife. There was a real rush to get the hay in so you can go to the spa, as it was known in those days. Lisdoonvarna was the place to go for a holiday and people would be looking forward to it all year.”

“There would be lots of women from America back then, looking for a rich farmer. I had a 200 acre sheep farm. Once I was dating a woman from Dublin and she came to visit me on the farm; it was particularly bad winter and we got snowed in for a few days. After the snow thawed she got straight on a train back to Dublin and that was the end of that. I think the remote location put a lot of women off.

“I always said that if I had met someone that would have been the end to my trips to Lisdoonvarna.

“You can’t bring an apple to the orchard and there is fun in kindling tobacco when you can smoke the pipe”, he said.

Over the years Mick met with Matchmaker Willie Daly several times but no suitable matches were made. Willie said: “Mick was a very popular man with the ladies; he really didn’t need my help.”

“My ideal woman is someone who is good company and able to dance the razor blade dance… don’t think she has been born yet. I have to go as far as my eyes can see” he added.

“I love coming back every year, meeting old friends and dancing and there’s never any trouble here. I would say the best thing about coming to Lisdoonvarna is to come with no expectations and you will never be disappointed.