Remembrance garden a haven of peace and hope in Clonmel 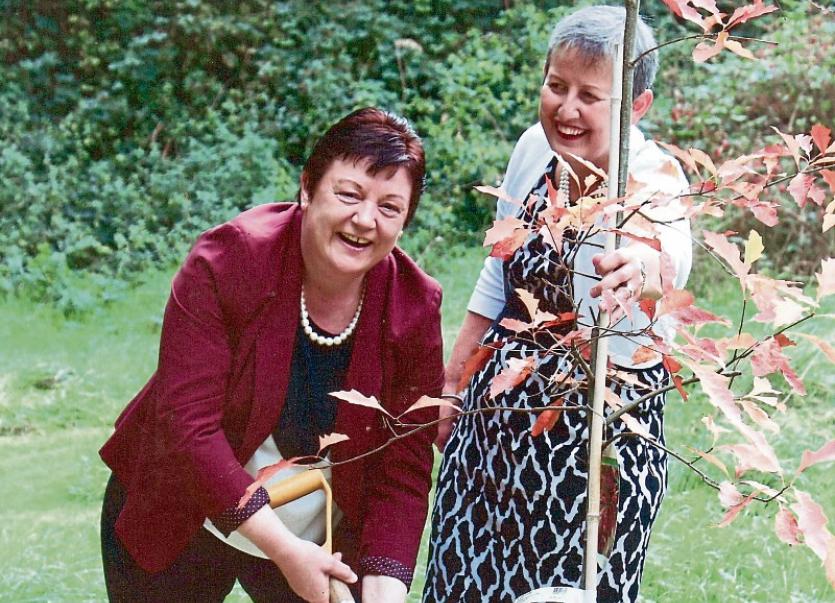 An overgrown public space in Clonmel has taken on a new lease of life as a recreational area after it was transformed by a group of suicide awareness volunteers.

The project to rejuvenate a park as a public space was undertaken by members of C-Saw, the suicide awareness group who provide support and counselling services in South Tipperary.

A plaque which has all the contact details of agencies established to support people in difficult times, was unveiled.

Said John O'Gorman, one of the C-Saw volunteers - “We have opened up a beautiful area now to the public which was unused for so many years. It was so overgrown that people did not know the garden existed. We hope that people will avail of the new look park and if there are people in the park who feel they need to talk to somebody that they will find the information now available in the park of use to them,”

The opening of the park and unveiling of the plaque was marked by an afternoon of music, provided by the Gordonaires and poetry from Brendan Conti.

John O'Gorman said the project was an important one for C-Saw which operate their listening and counselling services from their Clonmel base at 24 William Street.

In a short space of time the C-Saw group has made great strides in providing services in South Tipperary.

Every Monday there is a listening service available (6.30 to 7.30) where committee members provide information on services available.

On Wednesdays there is a coffee morning (11.30 to 1pm) and people are encouraged to visit the C-Saw offices for a chat and an opportunity to meet people.

People who need to avail of the service can call in person on Monday evenings or Wednesday mornings or they can call 052 6172477 to make an appointment for the service.

C-Saw since it was established have also trained 260 people in the Safe Talk programme.

“We have had a great response from the public since we were established and the park project was a way of giving something back to the community” said John who was part of a team that included Patricia Gregory, Joe Howley and Jimmy Power who made up the project committee.

All members of C-Saw helped out in the project and they are delighted with the outcome.

A table quiz to raise funds for C-Saw will be held in Eldons on Thursday 20th October.