" It shouldn't come down to money when you're talking about children's health and safety", meeting is told 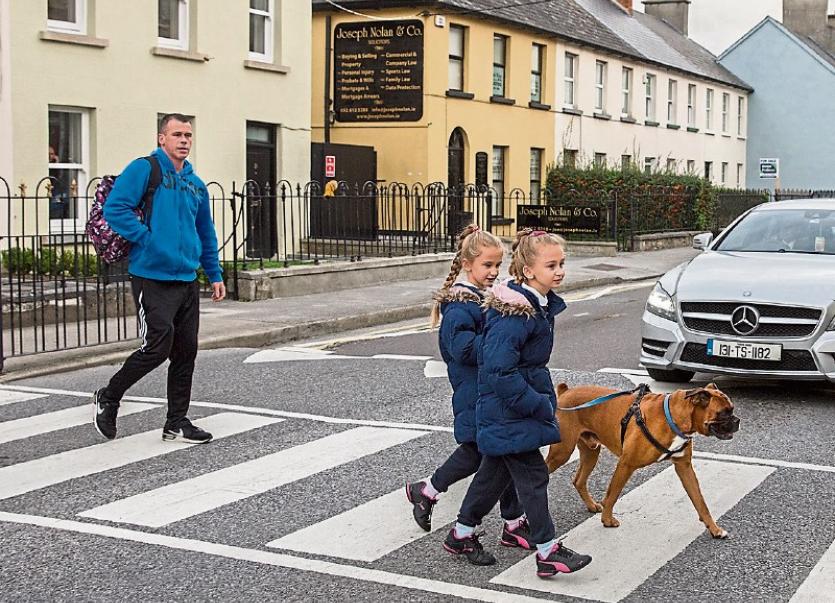 Concerned parents are "afraid of their lives" that their children will be knocked down and seriously injured at the pedestrian crossing in Queen Street, Clonmel.

That's the message that Cllr. Pat English relayed to a meeting of Clonmel Borough District.

Cllr. English said that he used the crossing on a regular basis and some cars passed through it at massive speeds.

He thanked Chris McGee for her outstanding work during her career as school traffic warden in Queen Street. But she hadn't been replaced since retiring earlier this year.

In his view the replacement of the traffic warden was "a must", and it had to be a priority. He said you were talking about children who were mostly unaccompanied as they made their way to the Sisters of Charity, Ss Peter and Paul's and St. Mary's schools.

"It's a no-brainer", said Cllr. English.

However Borough District Engineer Jonathan Cooney said it wasn't the council's intention at this point in time to replace the traffic warden in Queen Street.

When District Mayor Andy Moloney asked if it would be possible to employ a warden through the Community Employment scheme, Mr. Cooney said the council had lost people who had been employed on such schemes and it seemed as if they wouldn't be replaced.

Director of Services Sinead Carr said they were working on the basis that there was sufficient infrastructure to enable people to cross the road safely at that location in Queen Street. There was a pedestrian crossing and "a raised table" on the road.

They weren't considering getting rid of school wardens.

She said there was an onus on parents to instruct their children how to cross roads safely. The council's road safety section could visit the schools and speak to the pupils.

However Cllr. English said he wasn't at all happy with the attitude of the officials.

He said he was "baffled why the council was trying to save a few bob. It shouldn't come down to money when you're taking about the health and safety of young children going to and from school".

An excuse had been found to get rid of staff and this created a serious health and safety issue, he said.

Cllr. Richie Molloy agreed that many parents were very concerned that the school warden hadn't been replaced. A lot of motorists didn't stop at the pedestrian crossing.

The message going out from the discussion was that school wardens wouldn't be replaced once they retired or left the job.

Most parents had assumed there was a delay in appointing a replacement warden in Queen Street, said Cllr. Molloy.

District Mayor Andy Moloney said it was imperative that a representative from the Road Safety Authority would visit the schools and talk to the children.