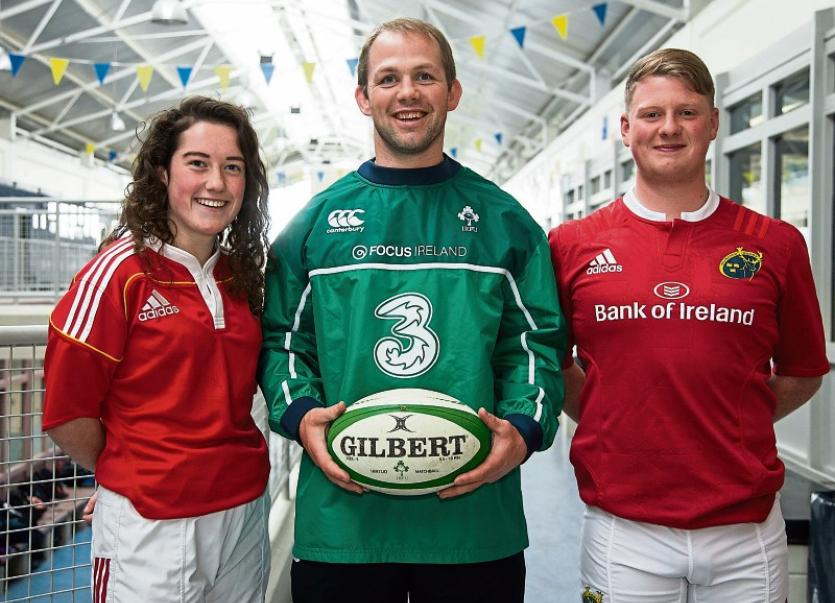 Among the sporting achievement of Cashel Community School students, this year, are two young rugby players who have been impressing on the field of play.

Katelyn Fleming has been involved with the Munster Rugby under 18 team this year. Munster have played and defeated a good Connaught side and now find themselves in a decider with Ulster.

Katelyn’s position is wing forward in the team and she is set to start against Ulster in the final. An impressive athlete, Katelyn is involved in many teams at a high level. We are proud of her sporting prowess in the school.

Sean O’Connell was involved with the Munster under 18 clubs team which won the interprovincial competition beating Ulster 19-14 after trailing 14-3 at half time. They had an impressive win over Leinster 15-3 which they have not achieved in 8 years. The decider was against Connacht who they beat 35-17.

Sean is a very powerful front row player and played a vital part in the success of this team. This is the first time in 21 years the Munster clubs side have won this competition, thanks in no small part to their coach past pupil of CCS Brendan O’Connor.

Congratulations to all involved.