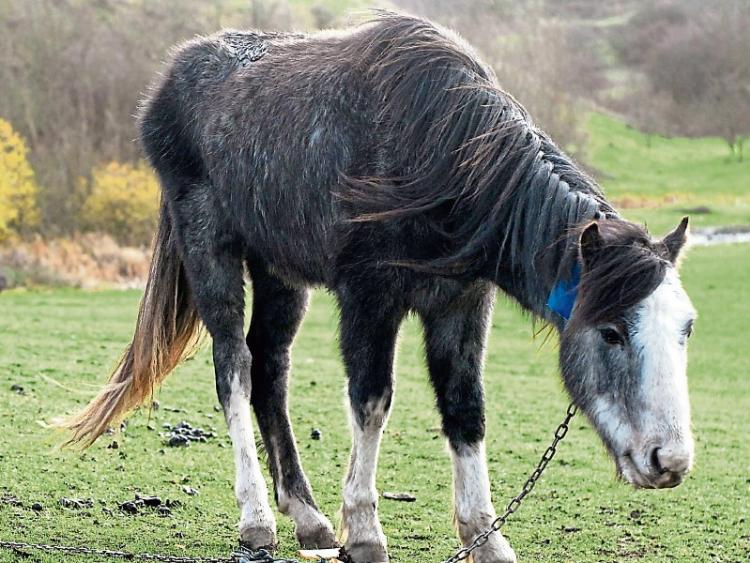 Tipperary Co. Council picked up 40 stray and abandoned horses in the Carrick-on-Suir Municipal District at an estimated cost of €40,000 to the public purse in the first eight months of this year.

Council Environment Department officials reported that 40 horses found roaming around the district that stretches from Carrick-on-Suir to Ballinure near Thurles were collected in pick up operations between January 1 and August 31.

The Council engages a contractor to collect stray horses and bring them to a pound in Cork where the firm is based at an average cost €1000 per horse.

The costs involved in picking up a stray horse include travel to where they are roaming, transporting them to Cork , the employment of staff for this work, accommodating the horse in a pound, micro-chipping the animal and sorting out documentation for them.

The Department of Environment & Local Government funds some of the cost of collecting stray horses and the rest comes from the Co. Council's own funds.

Carrick-on-Suir Cllr David Dunne (SF) said the Travellers Association had set up a group that collects stray horses owned by members of the Travelling community. This group had given its contact phone numbers to the Council and Gardai and were willing to go out any time of the day and pick horses up and hold them until they were claimed.

He asked the Council if this scheme was working and if it required to be renewed. "I think this (the cost of collecting horses) is crazy if they are willing to work with us," he said.

Marion O'Neill said the Council operated an "early warning system" with this Travellers group by contacting them when it was alerted about roaming horses. The Council had 10 contact points around the county for this group. She said the system worked very well and pointed out that not all abandoned horses belong to the Travelling community.