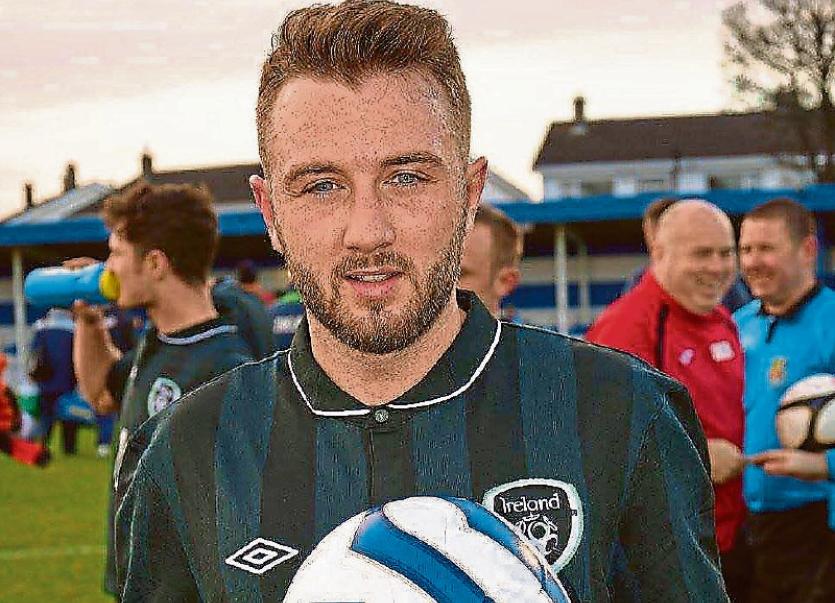 Two of the giants of Irish Junior football faced off in Carrick-on-Suir last Sunday as the TSDL’s champions St Michael’s travelled into the lion’s den to win a place in the semi-finals of this year’s Munster League Champions Cup.

The visitors got the better of their hosts in an entertaining free flowing Cup game at Tom Drohan Park, but the early exchanges were very even.

Carrick United's Anthony Power found Gerry Walsh who brought a save from Aaron Wall inside the first ten minutes. Minutes later Saints’ Colin Bargary’s cross was just too high for David Slattery at the far post, and Jimmy Carr lost his footing and his chance to put the visitors ahead when well placed on 14 minutes as the game really began to heat up.

Saints took the lead in the 20th minute when David Slattery broke a John O’Brien cross for Jimmy Carr to score from close range, but the lead was short lived when a poor clearance from the visitors defence fell to Jack Doherty who fired to the corner of the net.

Saints showed character to regroup and they were winning every second ball and their movement and pace had Carrick on the back foot. David Grincell (pictured) brought a good save from Adrian Walsh on the half hour for a corner, before getting a real poacher’s goal when a superb strike found the net after the ball broke to him from David Slattery just after the half hour.

Though the hosts came back strong winning a flurry of corners and a close in free kick just on half-time, Saints deserved to be ahead at the break.

The home side continued to play well and had a good spell at the start of the second half with Stephen Hahessy and Anthony Power going close close. Their guests gradually got back in the game however and went 3-1 ahead on 65 minutess when John O’Brien forged down the left wing and his cross broke kindly for Russell Quirke to fire home from 18 yards out yards. David Grincell played in Jimmy Carr eight minutes from time and it looked certain he would score but Adrian Walsh again spread himself to keep him out.

Carrick United then went straight down the field and substitute Kyle Doherty found Jack Doherty who beat Aaron Wall with a deft lob to make it 3-2 and set up a tense finish to an epic cup tie.

Saints however showed all their experience to kill the game in stoppage time to gain a deserved victory.