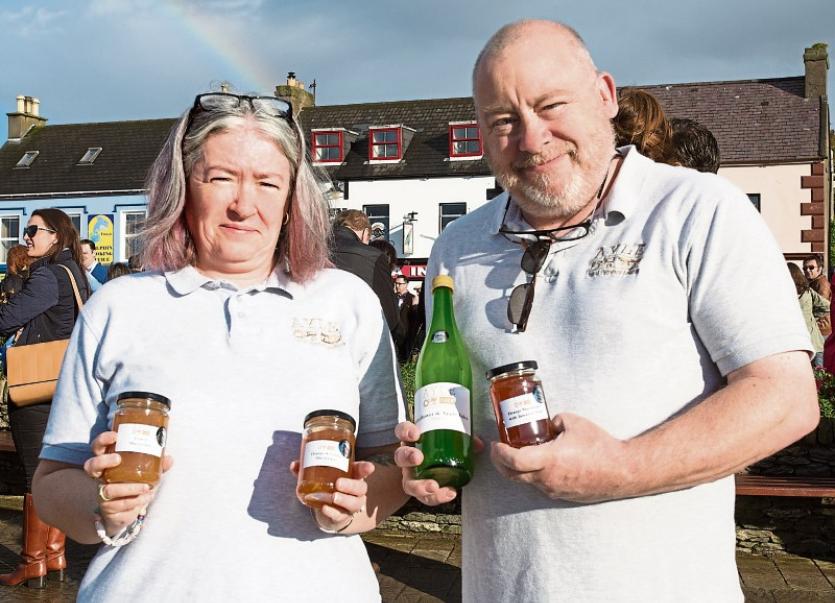 West Tipperary based Ayle Foods were the worthy winners of four awards at this year's Blas Na hÉireann Irish Food Awards taking home two golds for their Elderflower and Apple Juice, and silver for their Orange Marmalade with Jamaican Rum.

The company were also named as Best in County and Best in Farmers Market for the premier county. However owners Peter and Lorraine Randall are no strangers to the stage having won Gold awards at Blas in 2013, 2014 and 2015.

This latest award is a true testament to the hard work carried out by Ayle Farm Foods who have been making award winning products in small batches on their farm for several years.

Speaking to Peter following his win he said "These wins are as much for our customers and all who have supported us as they are for us. We are delighted to come away from Dingle with four awards".

He also went onto pay tribute to Musgraves, Bord Bia and the Local Enterprise Office who supported them on their journey through the food academy programme.

Finally he wanted to mention Artie Clifford, Chairperson of Blas Na hÉireann Irish Food Awards along with his team who all do an amazing job organising and presenting these awards each year. Their products can be found in Supervalu Stores throughout Tipperary and some Limerick stores as well as some local retailers.