42-year wait for King Cormacs is now over 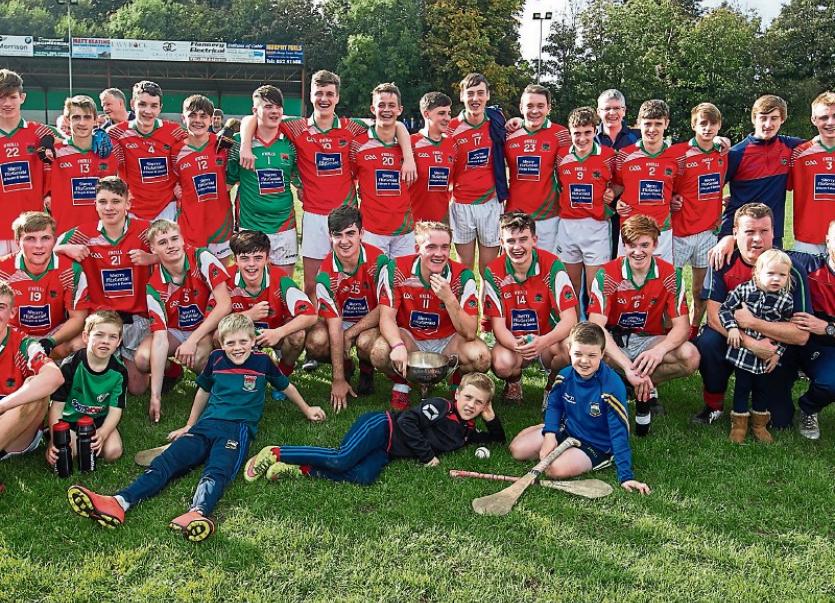 The Cashel King Cormacs teams who won the County Tipperary Minor 'B' Football Championship final at Cahir on Saturday last.

Cashel King Cormacs' 42 year wait for a County Minor Football title is over after they defeated Kilsheelan/Kilcash last Saturday afternoon in Cahir.

With the sides level going into the last minute, Ryan O’Sullivan side-stepped his marker and fired low past Cian Quinn to all but seal the win. It was a cracking goal, fit to decide a match of such high emotion and high quality.

Team selector PJ Mooney was delighted with the team performance and was quick to heap praise on his team and fellow management. He added that the performance and victory was dedicated to the late Dennis Fitzgerald who sadly passed away earlier this year.

“We promised Dennis we’d give this everything. He was Mr Football in Cashel and hopefully this group can go on and win further trophies at senior level”.

Kilsheelan/Kilcash played their part too. Trailing by three points with five minutes remaining, county star Daire Brennan climbed highest to win Adam Skeffington’s kick out. His determined run carried him deep into Cashel territory before releasing Jamie Roche who calmly slotted the ball past Skeffington to draw the sides level.

But once O’Sullivan beat Quinn late on the game was up. Further points from captain Brian Fitzpatrick (pictured with cup) and another from O’Sullivan in injury time made the victory safe. 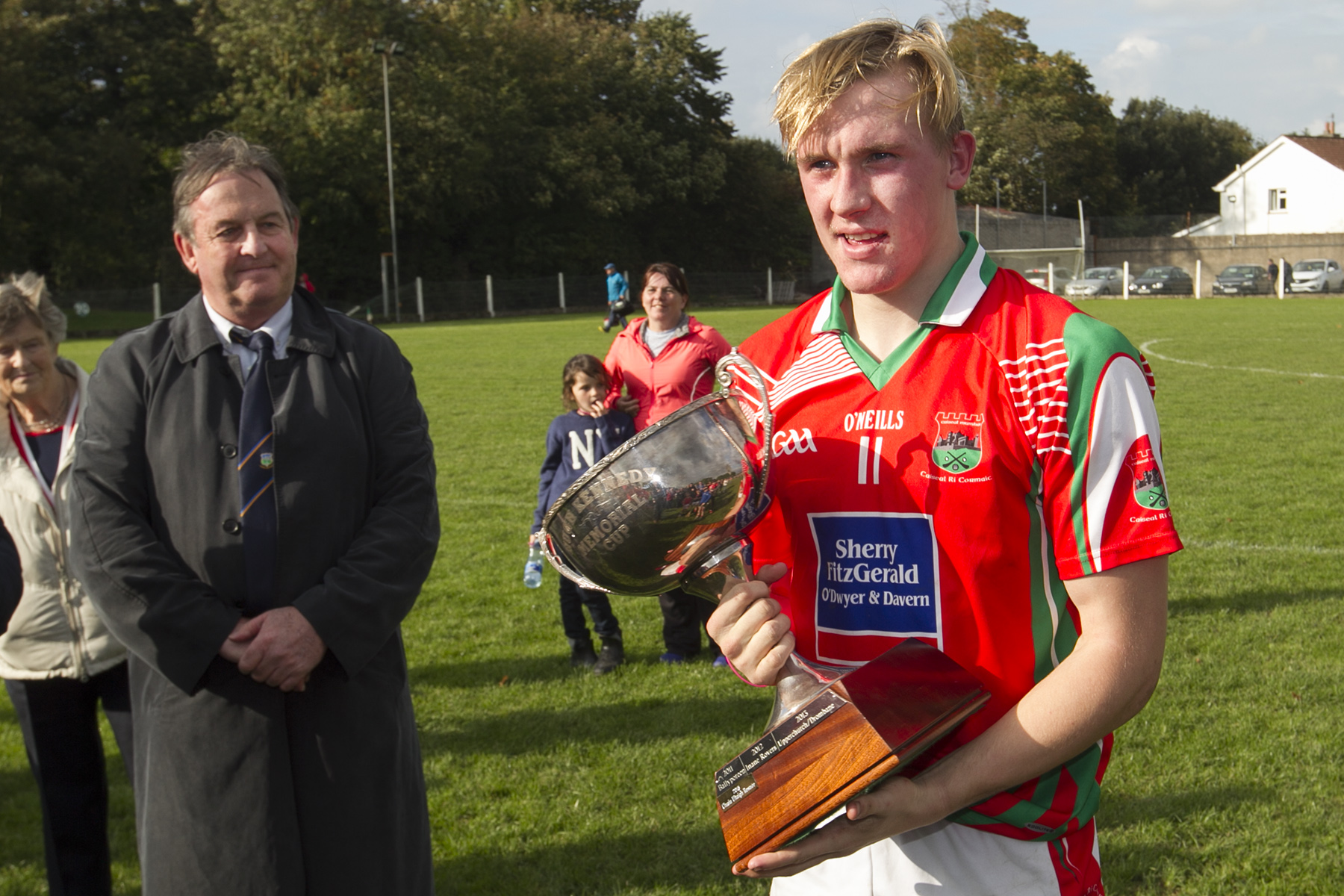 For long periods of the game, it had been the story of the two number 11s. Cashel King Cormacs' Brian Fitzpatrick introduced himself by curling over left-footed from a wide angle whilst Kilsheelan's Mark Kehoe scored his side's first three points of the game, the best coming just six minutes in after he raced past three defenders with ease before confidently kicking over.

There was never any more than two points between the sides until the 45th minute when Fitzpatrick produced another piece of left-sided magic. Padraig Leamy played a beautiful pass to release Fitzpatrick and he beat his marker on the outside before blasting past Quinn, finding the net with the help of the near post.

The tactical decision to play Colin Ryan as a sweeper in front of the Kilsheelan/Kilcash full forward line worked a treat but a move to put Patrick Fahy in a man-marking role to curtail the runs of Mark Kehoe in the second half arguably won the game. Once Fahy got to grips with the gifted Kehoe, Kilsheelan lost their scoring threat, Shane Egan, and Jamie Roche the only others to register throughout.

The game started at a hectic pace with Kehoe and Fitzpatrick taking centre stage. Sharing the game's opening five points, the duo were in irresistible form and Padraig Leamy got in on the act registering his first score of the day to make it an even game approaching 20 minutes.

Eoghan Connolly and Jamie Roche slotted over points to keep the sides level before the game’s first goal opportunity. Daire Brennan and Mark Stokes combined to set up Shane Egan and he did everything right, shooting low under Adam Skeffington only to see his goal-bound effort cleared off the line.

Brian Fitzpatrick then scored a point from play and another from a placed ball to put two points between the sides before a second goal chance for Kilsheelan. Mark Kehoe’s short free released Cathal Kelly but Skeffington was quickly off his line to narrow the angle and block the shot.

With the first half just over Kehoe had the final say curling a fine effort between the posts from 30 meters to narrow the gap to the minimum.

Kilsheelan/Kilcash started the second half brightly and Shane Egan levelled the sides within 20 seconds. An injury to Padraig Leamy, which caused a delay in play, seemed to break the momentum for both sides as Brian Fitzpatrick scored the only point in the next 15 minutes, but his second score of the half was worth the wait.

Padraig Leamy battled to win a 50-50 challenge and released Fitzpatrick down the stand side of the ground. Instead of cutting back inside onto his favoured left-foot Fitzpatrick drove past his marker on the outside and faced with the tightest of angles blasted past Quinn, near post, to raise the game's first green flag.

Kehoe pulled a point back with a close range free and a minute later the sides were level again. Daire Brennan showed great hands to win Skeffington’s kick out and then found Jamie Roche who finished confidently past the advancing keeper.

Mark Stokes and Fitzpatrick had efforts narrowly wide in the closing stages and just when it seemed extra time would be required, Ryan O’Sullivan won the game. A long pass into O’Sullivan left him with a lot to do but after a feint and a side-step he found himself in space bearing down on goal. Before Cian Quinn could set himself to make the save, O’Sullivan shot early finding the corner despite the keeper's best efforts. 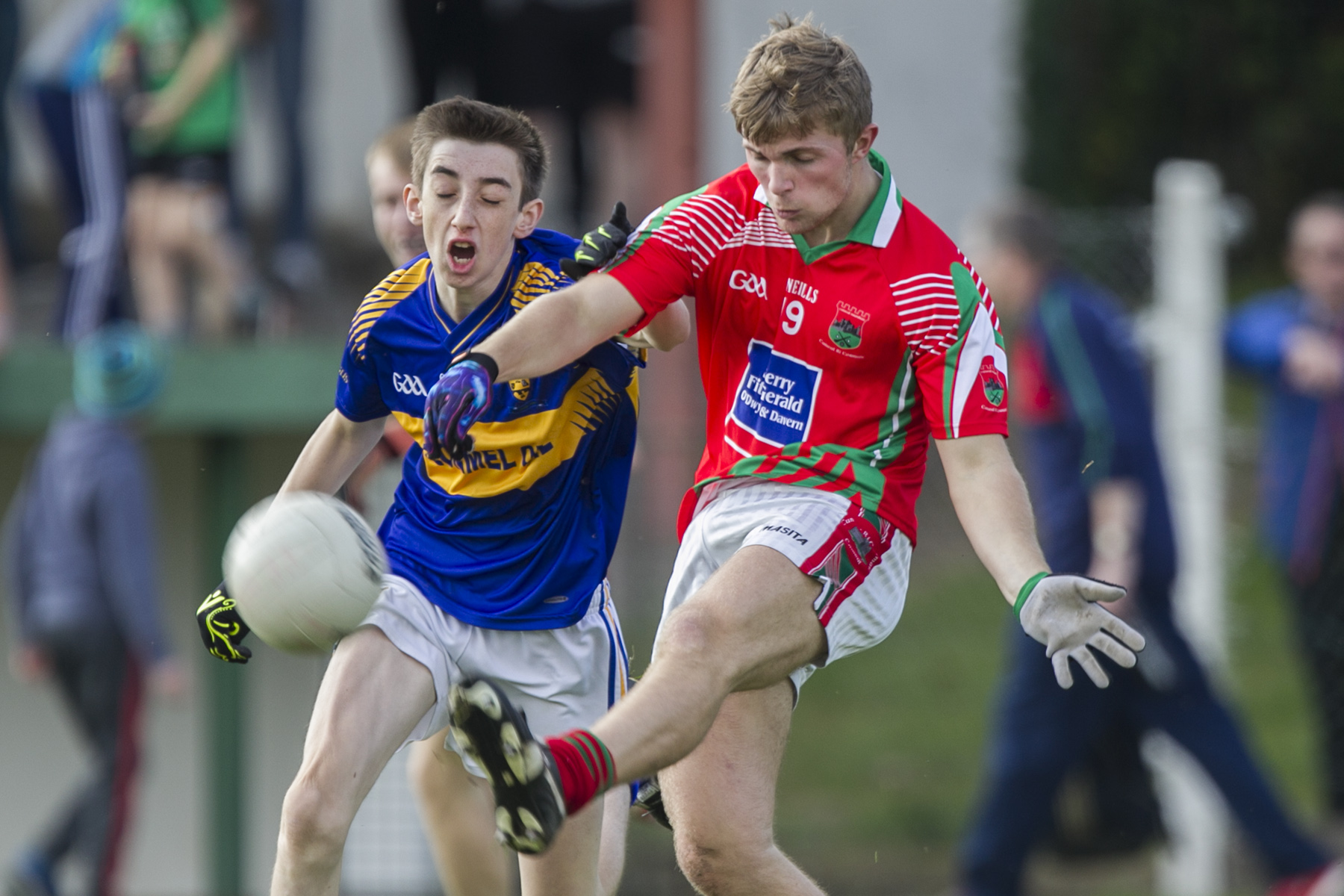 O’Sullivan quickly added another point and so too captain fantastic Brian Fitzpatrick to seal win.