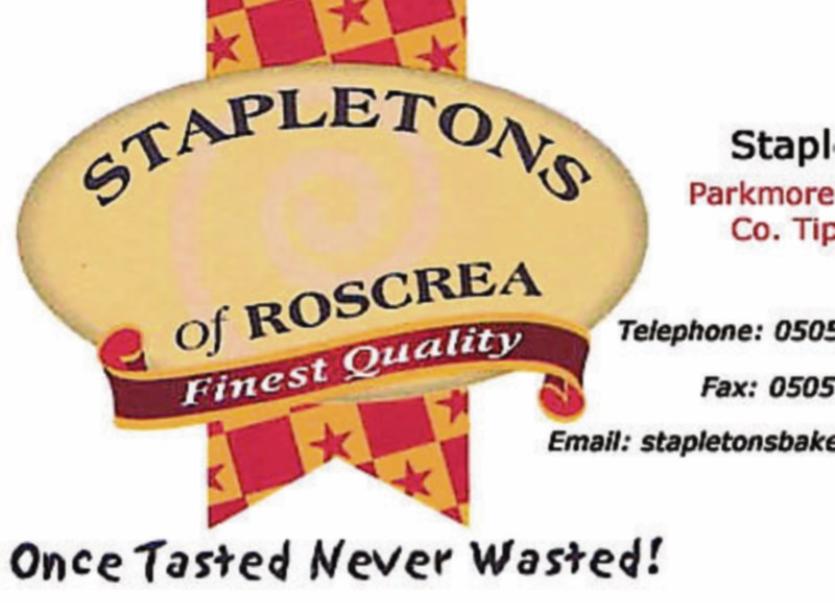 Aldi Ireland would like to congratulate Stapleton’s Bakery which won a prestigious title at the 2016 Blas na hÉireann Irish Food Awards in Dingle.

Ireland’s premier food awards, the Blas na hÉireann Irish Food Awards celebrate and reward the very best of Irish produce and the passionate, driven individuals behind it. With gold, silver, and bronze medals awarded across 120 categories, the Awards focus solely on taste, with the winners chosen as a result of blind tastings by a team of Ireland's top food experts.

Commenting, Aldi Ireland’s Group Buying Director, Finbar McCarthy said, “The Blas na hÉireann Irish Food Awards recognise and pay tribute to the very finest foods produced in Ireland, so we are delighted to see so many of our Irish suppliers achieving national recognition. At Aldi we are continuously working to improve our Irish product offering, introducing new and exciting Irish sourced products and engaging more and more Irish suppliers.”

Aldi remains strongly committed to growing its Irish supply base and increasing the number of Irish products available.

In the last five years Aldi has recruited over 70 new Irish suppliers, meaning Aldi now partners with more than 175 Irish producers. More than 50% of Aldi’s supplier spend is with Irish suppliers, producers and manufacturers.