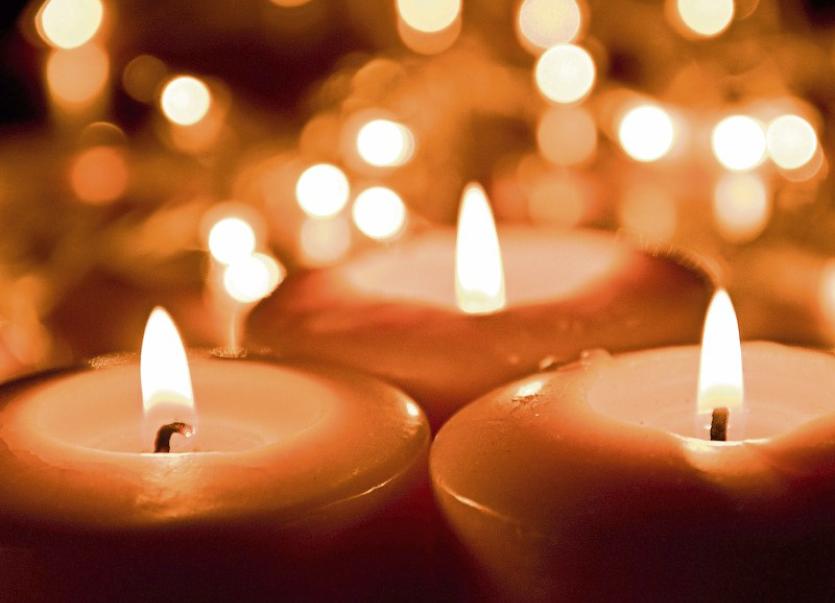 We record a number of deaths in Tipperary in recent days. May they Rest in Peace.

Reposing at Costigan's Funeral Home, Cahir on Friday evening from 6.00oc to 8.00oc. Cremation will take place in the Island Crematorium, Ringaskiddy after 2.00pm Service on Saturday, October 15. Family flowers only please donations in lieu to the South Tipperary Hospice.

The death has occurred of Billy Nolan, late of Ballyvaughan Powerstown, Clonmel.

Reposing at his niece (Michelle) residence Thursday afternoon from 2.30 o'clock. Removal on Friday morning to St.John the Baptist church, Powerstown arriving at 10.45 o'clock for requiem mass at 11 o'clock. Burial thereafter in the adjoining cemetery.

The death has occurred of Anne Crawford (née O'Connor), Greystones, Wicklow, and  Cashel, on October 12th 2016 peacefully in the care of the devoted staff of the Blackrock Clinic. Inconsolably missed by her loving husband Alan, daughters Tara and Ashleigh, her beloved grandchildren Bethan and Kyle and Tara’s partner Brendan, also her loyal furry family members Juno and Macy. Reunited with her beloved brother Martin. Anne will be sadly missed by her sisters Margaret, Siobhan and Eileen, her brother Joe, their families and her close circle of loyal friends.

Reposing at Gilsenan’s Funeral Home, Mullingar on Thursday from 4.30 o’c followed by Removal to The Cathedral of Christ the King arriving at 6.30 o’c. Funeral Mass on Friday at 12 o’c followed by burial in Ballyglass Cemetery. No flowers please, donations in lieu to North Westmeath Hospice Homecare, Mary Street, Mullingar. House private please.

Memorial Mass takes place in the Church of the Blessed Sacrament, Golden on Saturday, November 5th, at 6.30pm.

Reposing Friday October 14th from 5pm to 8pm. Private removal on Saturday 15th to Church of The Immaculate Conception, Terryglass for Requiem Mass at 12md with burial immediately afterwards in the adjoining cemetery.