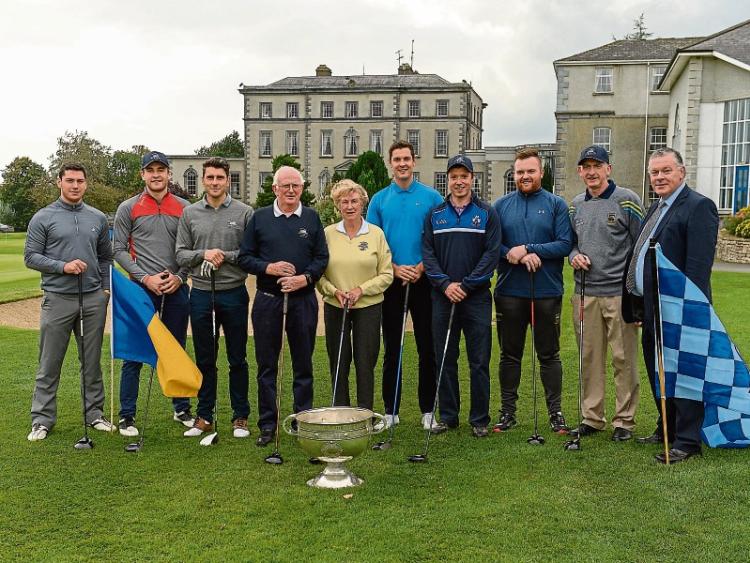 The Sam Maguire and Liam McCarthy Cups made a rare appearance at the event and the golfing enthusiasts were able to purchase tickets in a raffle to win prizes including signed Dublin and Tipperary jerseys, 3 months’ membership at Dundrum House Leisure Club, a voucher for lunch at the Venue Clubhouse and a 4 Ball at Dundrum House Golf Club.

Dundrum House Golf Course designed by Ryder Cup great, Philip Walton, is set on a 200-acre estate of woodland and parkland and against the backdrop of the Golden Vale of Tipperary.

“The day was a huge success and we were overwhelmed by the generosity of people when it came to getting teams together, sponsorship of teeboxes and the raffle. Everyone thoroughly enjoyed themselves, but most importantly, it helped to raise a lot of money and awareness for three great funds.”