Rock scaffolding to come down 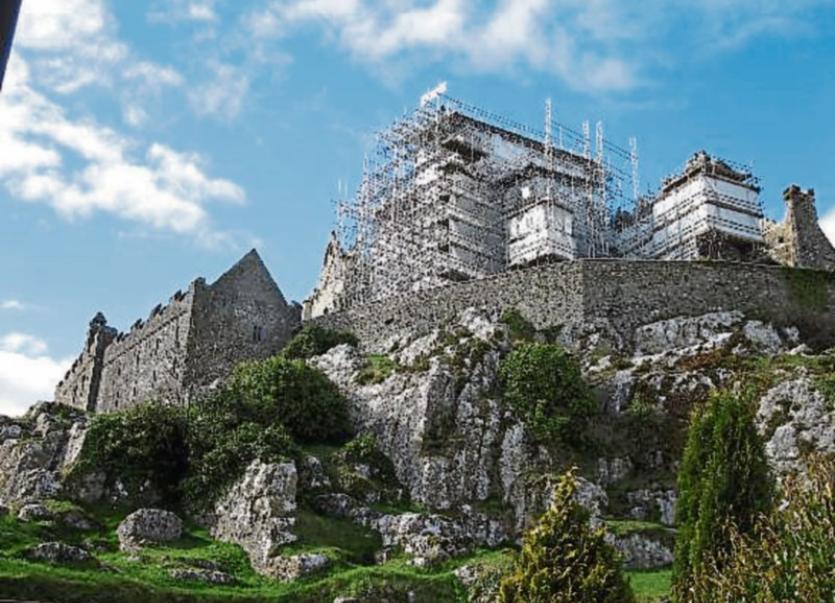 DUnsightly scaffolding which has marred views of the Rock of Cashel is to come down this year, Deputy Michael Lowry has announced. Following a Parliamentary Question submitted to Minister of State, Deputy Seán Canney T.D.in connection with the scaffolding, Deputy Lowry says he is “pleased to announce that all works are now completed and the scaffolding will be removed before the end of 2016.” Deputy Lowry received a response on Tuesday, 4th October.

Minister Canney stated: “The conservation works to Cormac’s Chapel at the Rock of Cashel have been underway for a number of years and are now completed. The work has involved the consolidation and repair of the roof, repointing of wall elements to eliminate a significant water penetration problem, the gradual drying out of the building and the eradication of micro biological growth from the internal wall paintings.Dismantling of the scaffolding will be commenced before the end of the year and will be completed within weeks of commencement.”